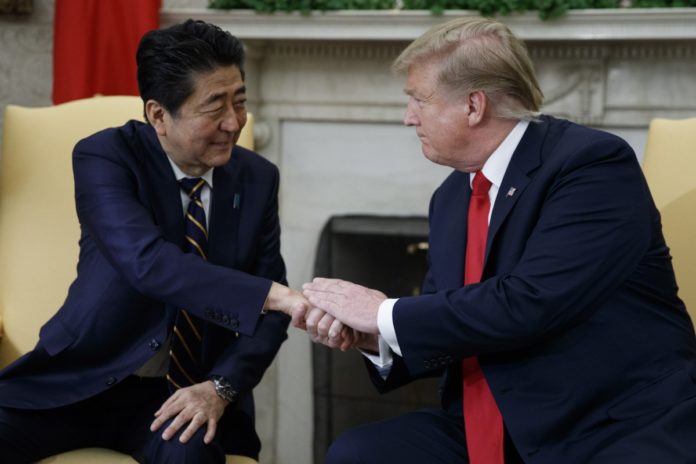 Tokyo, July 26:  Japan’s economy minister Toshimitsu Motegi was preparing to hold a meet with Robert Lighthizer, the US special trade representative, in Washington DC for ministerial-level trade dialogues on August 1, according to two sources acknowledged with the development said on Friday.

According to Reuters news reports, the trade meeting will take into the account any of the progress made at their bilateral working-level dialogues scheduled to take place from July 24.

The two nations had last held bilateral talks in Osaka, Japan, on the sidelines of the G20 summit held last month hosted by Tokyo.

United States President Donald Trump has pressured Japan to accelerate their dialogues for a two-day trade agreement that would pave ways to the Japanese market for the American goods, especially in sectors of agriculture, as well as, fix what Trump sees as a big bilateral trade imbalance.

Trade negotiations are likely to accelerate ahead of the expected official visit of Japan’s Prime Minister Shinzo Abe to New York expected in September, where he would likely hold a meeting with Trump, as per the Japanese officials.

Despite the fact that Abe is probably the nearest partner to Trump, the president has threatened to impose 25% taxes on vehicle imports from Japan to smooth out what he calls unfair trade imbalance.

Japan’s exchange surplus with the US was at $67.6 billion in merchandise in 2018, with about 66% originating from auto trades, as indicated by U.S. figures.

Trump’s attention is on narrowing US trade deficits with different nations. Japan contends the nations ought not to concentrate barely on two-sided exchange adjusts, and give more consideration on current record adjusts and multilateral exchange streams.