Mahmood Kashmiri, the president of Jammu Kashmir National Independence Alliance (JKNIA) has announced on Sunday, his party is set to hold a protest against Islamabad’s foreign minister Shah Mahmood Qureshi’s visit to London to attend a conference on Kashmir.

According to ANI news reports, Qureshi was expected to attend a Pakistan-backed summit on Kashmir that has been scheduled to take place in the United Kingdom parliament and also other venues on February 4 and 5.

The JKNIA chief, in a video released on Sunday, said JKNIA will soon hold a protest against Islamabad over its occupation of India’ Jammu and Kashmir. He further added that in regions of Gilgit Baltistan and Pakistan occupied Kashmir (PoK), citizens were not granted with their rights and freedoms as Pak continues with the process of exploiting their resources.

Kashmiri alleged that this is a “fraud” by the Islamabad government on their people and that they have decided to hold a protest against this.

Kashmiri added, “We want to inform the Pakistan government to remove its control from our people and our land. This protest from our side will continue until Pakistan decontrols Jammu and Kashmir.”

According to the reports, Qureshi will be attending in British House of Commons’ debate going to be held on February 4, and also an exhibition in Park Lane over Kashmir on Tuesday, February 5. 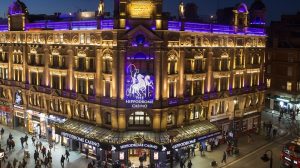