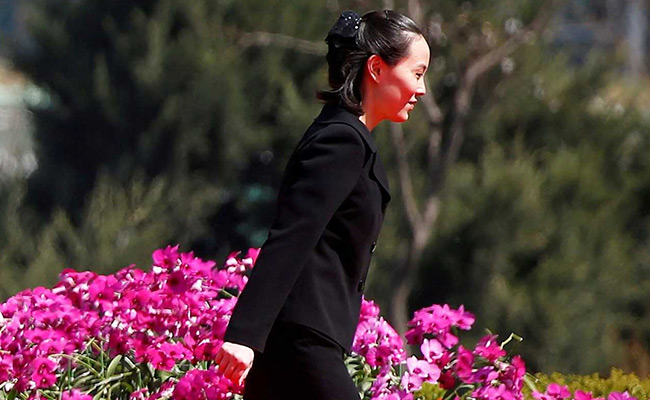 Not much is known about Kim Yo-jong except that she is the daughter of Kim Jong-il and his wife Ko Yong-hui She and Kim Jong-un are said to have a close relationship due to shared isolated years while studying together in Switzerland and North Korea, “where social and emotional isolation appears to have been a defining force in their early lives.

In January 2015, she reportedly married Choe Songthe second son of government official Choe Ryong-hae. However, South Korean government sources have since denied the accuracy of these reports. Kim Yo-jong was pregnant and expecting a child in May 2015. The father, not identified, is thought to be her batch mate from Kim Il-sung University and either an official at the Workers Party’s Room 39 or working at a military unit responsible for guarding the country’s leader.

It is now said that North Korean leader Kim Jong Un is sending his younger sister to the Winter Olympics in South Korea as part of the team of important delegates , the South’s Unification Ministry said Wednesday. Kim Yo Jong’s name was a part of the list of officials submitted to the ministry before the delegation crosses the Demilitarized Zone. If this materializes, she would become the first member of North Korea’s ruler family to visit South Korea and it would be seen here as a sign that the Kim Jong Un is serious about improving bonds with South Korea.

The Unification Ministry, which is in charge of the South’s relations with the North stated – “The purpose of this high level delegation visit from the North is to celebrate the opening of the Pyeongchang Winter Olympics so the group is composed of the officials from Workers’ Party, government and sports industry. Kim Yo Jong seems to have been included so the North Korean delegation will be on the same level as other nations and their family members who are participating the celebration.”

Casinos in Seoul to remain closed until January 17