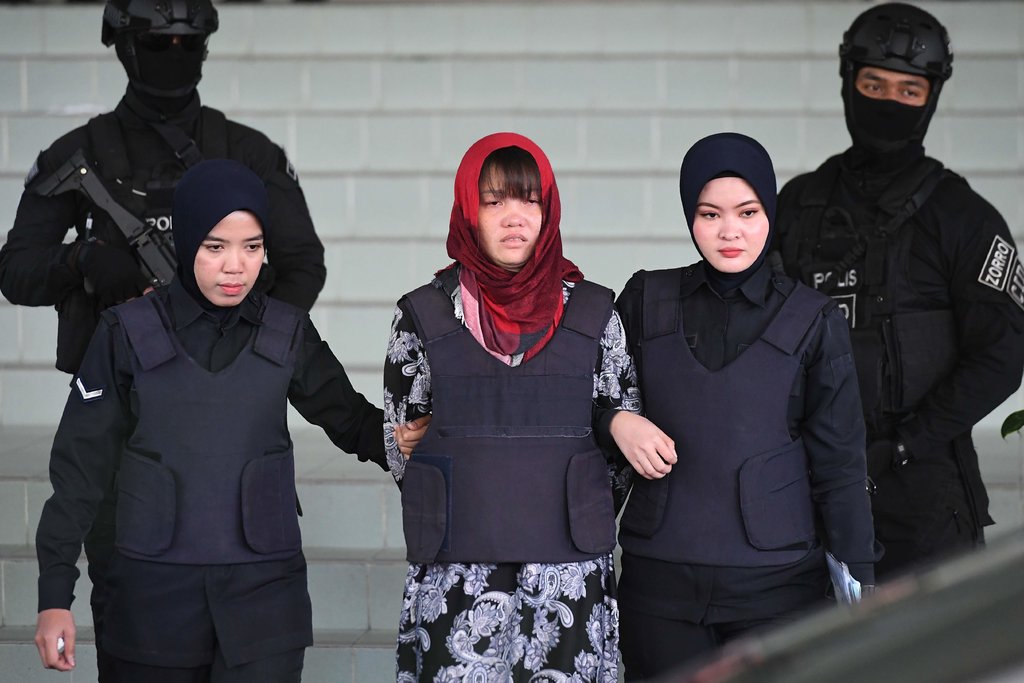 The authorities of Malaysia has on Thursday dismissed a plea to drop the murder case of North Korean leader Kim Jong-Un’s half-brother Kim Jong-Nam against the Vietnamese woman, Doan Thi Huong, accused of murdering Nam.

According to BBC news reports, Vietnam has been pushing for Huong’s release, and the Vietnamese decision has come days after Siti Aisyah, Indonesian co-defendant was unexpectedly freed.

Nam was assassinated with a liquid VX nerve agent in February 2017 at Kuala Lumpur airport.

Huong says she was tricked into taking part and believed she was part of a TV prank.

Huong, if convicted could face the death penalty, sobbed in a court when the court announced that her trial would be expected to go longer.

Huong told reporters, “Only God knows that we did not commit the murder. I want my family to pray for me,” AFP news agency reports.

Huong’s lawyer has said that Huong has not been able to sleep since the unexpected release of Siti. Huong has been on trial since last one and a half year.

The presiding judge has said the defendant was not “physically and mentally” well enough to continue with the court proceedings.