With the recent uprisings and problems in the Maldives, the island- country is supposed to cast their first presidential election vote. The election is supposed to be the third multi-party election presidential election since the year 2008. There were apprehensions of rigging and crackdowns which was in turn addressed by President Abdulla Yameen assured that his administration would ensure that nothing goes wrong during the process.

“…(We) are committed to holding free, fair and transparent elections. If elected, my administration is further committed to fulfilling our vision of an independent and progressive Maldives,” he said.

The Maldivian electorate of 262,135, spreads around 1,000 islands and atolls in the Indian Ocean, has a choice between the incumbent President Abdulla Yameen and the joint opposition candidate, Ibrahim Mohamed Solih.

Before the polls were opened there were speculations and uncertainty over the voting. The police arrived at the multi-storey Shine Tree building housing the opposition’s campaign headquarters during the last

Maldives police told the opposition to leave the building, claiming that they had intelligence reports of “illegal activity”. MDP lawyer Hisaan Hussain claimed that the police had arrived without any court warrants for searching the premises.

The election had come under focus amidst fears of ‘possible poll rigging and violence’. In a statement issued on Saturday, the Asian Network for Free Elections (ANFREL) said the obstruction of election observers and most media outlets was the “latest sign of polling misconduct”.

“The political environment in the country is heavily tipped in favour of the ruling party, as critical media are being subdued into silence, and opposition figures sentenced to jail terms or forced into exile for politically motivated charges,” ANFREL said in a statement released.

Over the last six months since Mr Yameen had declared a 45-day State of Emergency, following a top court’s order freeing dissident leaders, who were vocal in their concern about the undemocratic practices thriving in the space in the Maldives. 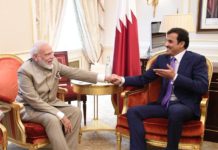 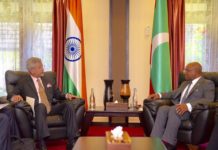