The Indian Wire » World » Minority groups protest in US ahead of Imran Khan-Donald Trump meet against atrocities, human abuses in Pakistan 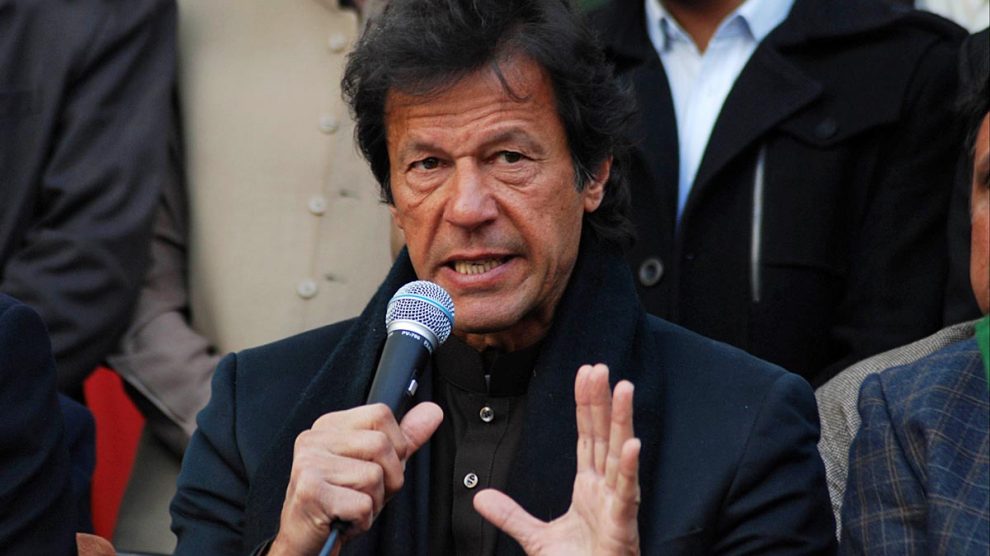 Washington DC, July 22: Several minority groups including Muttahida Qaumi Movement (MQM) of Pakistan have on Sunday protested in Washington DC ahead of Prime Minister Imran Khan’s maiden visit to the United States to express their resentment.

According to ANI news reports, the demonstration brought a mass of campaigners from across America only to raise their voice and join the mass protest against the oppression by human rights, the Pakistani state, and atrocities against the minorities in Pakistan.

Their slogans read: “Protect Minority Rights in Pakistan” and “No more blank cheques for Pakistan Army”.

An MQM activist, Rehan Ibadat, condemned Khan’s official visit to the US ad made an appeal to President Donald Trump to not to reward Islamabad with any bailouts or assistance.

He said: “We are protesting here so that President Trump does not give Imran Khan any promise or commitments regarding money or any other reason to kill innocent people like the Mohajirs, Pashtuns, Sindh’s and Balochs.”

Another protesting activist, Senge Sering said: “As a person of Gilgit Baltistan heritage living in the United States, is protesting against the illegal occupation Gilgil Baltistan and Pakistani state atrocities against the imprisoned protestors.”

Moreover, Sering strongly criticized China’s complicity with Islamabad, saying, “China has been exploiting the resources in the name of development in the area.”

He also urged Pakistan shouldn’t interfere in transiting trade between Afghanistan and India. The Gilgit Baltistan activists further said even though it was known the Khan-Trump meeting’s aim was to put an end to the 18-year-long war in Afghanistan, but fears the Afghani people will lose their nation’s sovereignty and become Pakistan’s client state.

The protestor told ANI: “The United States is not negotiating with Imran Khan, instead they are talking to the military of Pakistan because Khan has no say in the foreign policy. The State Departement and the White House must be aware that Pakistan is supporting terrorist organizations and the Taliban is not going to respect Afghanistan’s governance or its constitution.”

Another protester alleged Khan’s maiden US visit was not an official visit as Pakistan’s chief of the army staff General Qamar Javed Bajwa, including Faiz Hameed, the director-general of inter-services intelligence (ISI) were accompanying the Pak Prime Minister.

Sohail told ANI: “Pakistan army and the terror outfits in Pakistan are hands in a glove Hafiz Saeed’s arrest just before Imran Khan’s visit by the agency is only to beg money from the United States.”

Ahead of the beginning of dialogues between the Pakistan prime minister and US president at the White House on Monday morning, protesters planned to proceed above and beyond to express Khan he was not welcomed in America.