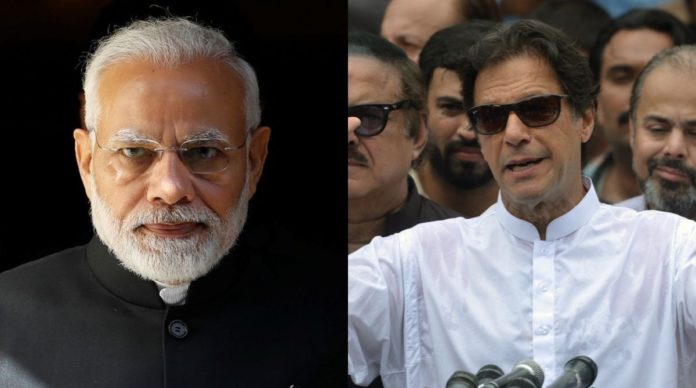 New Delhi, May 28: Indian Prime Minister Narendra Modi and his Pakistani counterpart Imran Khan are scheduled to hold an official two-day meeting in Bishkek, Kyrgyzstan, on the sidelines of the Shanghai Cooperation Organization  (SCO) summit in order to resume dialogues between the two sides.

This meeting would be the first meeting between the two leaders since the Pakistani PM took the office last year. Modi seems to have got his ways with Islamabad by making them seek to restart dialogues for four times in past few days.

On Sunday, Khan called Modi and expressed his wish to work closely together.

The Indian government has on Monday announced it has extended invitations to leaders from BIMSTEC nations to attend Modi’s swearing-in inauguration, excluding Pakistan, which is only a member of the grouping.

Pakistan has on Tuesday tried to downplay India’s decision of not inviting PM Khan to Narendra Modi’s swearing-in ceremony on May 30, stating Modi’s “internal politics” doesn’t allow him to extend an invitation to Khan.

While reacting to reports that New Delhi has not invited Pakistan PM for the ceremony, foreign minister Shah Mahmood Qureshi stated a meeting for the sake of talks to pave ways to the Siachen and Sir Creek disputes, as well as, the Kashmir issue, would’ve been more significant measures instead attending a swearing-in ceremony.