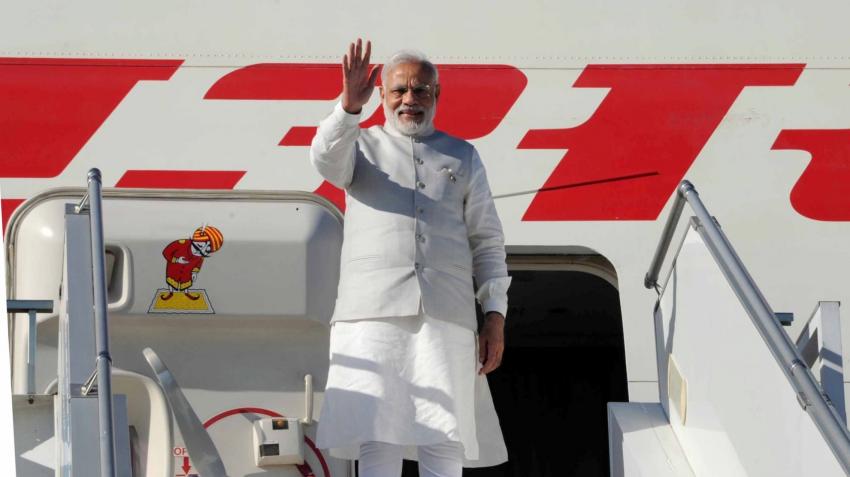 Indian Prime minister Narendra Modi will be on a two-day official visit to South Korea in next week in during which he is all set to hold talks with South Korean President Moon Jae-in on several issues to bolster both countries strategic ties, and also to be granted with S Korean peace prize.

According to Times of India news reports, the prime minister will visit Seoul on February 21 for a two-day dialogues with Moon that will, expected to, provide a crucial occasion for both the nation’s leaders to review the recent developments in their bilateral and diplomatic relations, the ministry of external affairs (MEA) has said in an official statement.

The visit will also provide an opportunity to exchange their views on international and regional issues of their common interests with an objective of further bolstering the special strategic relation and partnership between the two nations which was based on shared interests and values, the statement has reported.

During his two-day visit, Modi will also be, at a ceremony, granted with 2018 Seoul Peace Prize, which is to be organized by the Seoul Peace Prize Cultural Foundation scheduled on February 22, in a recognition of S Korean national and international contribution.

Modi’s visit to Seoul is a part of a new momentum in top-level exchanges between S Korea and India which has witnessed the visit of Moon to India in July 2018 for a bilateral summit, and also the participation of Kim Jung-sook, Korean first lady, at the Deepotsav event in last year’s November in Ayodhya, the ministry has said.

The tour will also demonstrate the priority which India attaches to strengthening and deepening multi-dimensional engagement with South Korea as a part of its ‘Act East Policy’, it said.

US Africa Command not involved in al-Qaeda site ‘raid’ in Libya: US military
Pulwama Terror Attack: Countries around Globe stand in Support of India; Russia, US, others extend Solidarity
Comment