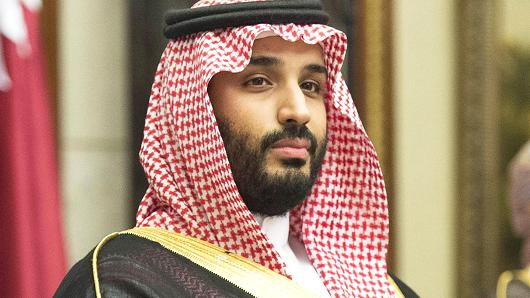 The youngest defense minister in the world and the first in line to the throne, 32-year-old Crown Prince of Saudi Arabia Mohammed bin Salman Al Saud is also the kingdom’s deputy prime minister.  The current King Salman ascended to the throne after his 90-year-old half-brother died of pneumonia in 2015. He appointed Mohammed, his eldest son by his third wife, as his successor last June, and the young prince is now by some stretch the second most powerful person in the kingdom.

Policies that made him a huge face in Media

It’s been just seven months since his reportedly ailing father King Salman effectively handed control of the country to him by naming him crown prince. Since then, the 32-year-old bin Salman has run full speed with his three-part plan to strengthen the country. Part one was shoring up Saudi defenses against Iran, which he accomplished in many ways but most notably by entering into a more solid partnership with Israel. Step two was a major series of cultural reforms that included purging anti-American and anti-Jewish clerics and granting more rights for women.

The crown prince’s attempts to consolidate power at home have extended to picking fights with neighbors, especially Saudi Arabia’s archrival, Iran. For almost 40 years, the two countries have engaged in a regionwide contest for power, fighting mostly through proxies. Recently, the Saudis have not been doing well. Iranian-allied President Bashar Assad has all but won in Syria, where Saudi Arabia supported rebels. Lebanon, which is dominated by Iran-backed Hizballah, resisted when the Saudis tried to force the resignation of its Prime Minister in November. The Iran-backed Houthi movement is lodged in Yemen, where more than 10,000 civilians and fighters have died since Saudi Arabia launched a campaign of airstrikes in 2015 and followed up with a blockade that has stifled the flow of aid to the country.