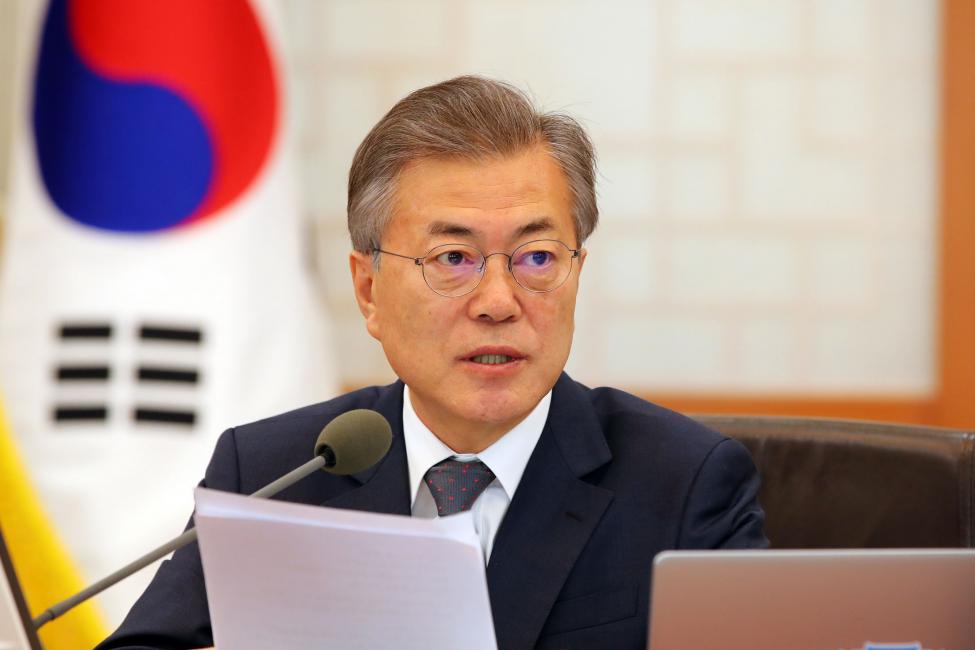 Seoul, June 26: South Korean President Moon Jae-in has on Wednesday said he was open to holding a dialogue with the Japanese prime minister on the sidelines of the Group of 20 (G20) summit scheduled this week but the decision depends on Shinzo Abe – an attempt seen amidst frictions over historical matters.

According to Reuters news reports, Moon has stated the historical issues between the two nations should not be “exploited for domestic political gain”.

Bilateral relations between the two sides have been soared since a sequence of rulings by the South Korean courts that ordered the Japanese companies to compensate their former workers for their forced job during World War Two.

Tokyo has last week dismissed a proposal by Seoul to establish a joint fund with the contributions from firms of both the sides in order to compensate the victims as out of hand.

A senior South Korean presidential official said Abe and Moon would not meet in Osaka as there weren’t any immediate response from Japan.

Moon stated the joint fund idea is a “viable solution” that would help foster the reconciliation between the victims and the firms, while making “one step forward” in diplomatic ties.

“For my part, the door is always open for dialogue between our two leaders in order to advance Korea-Japan relations,” Moon said.

“Whether we can take advantage of the opportunity presented by the G20 summit depends on Japan.”

Japan and South Korea share a soured history that includes the Japanese colonization of the Korean Peninsula from 1910-45 and the use of comfort women, Tokyo’s euphemism for women and girls forced to work during wartime brothels.