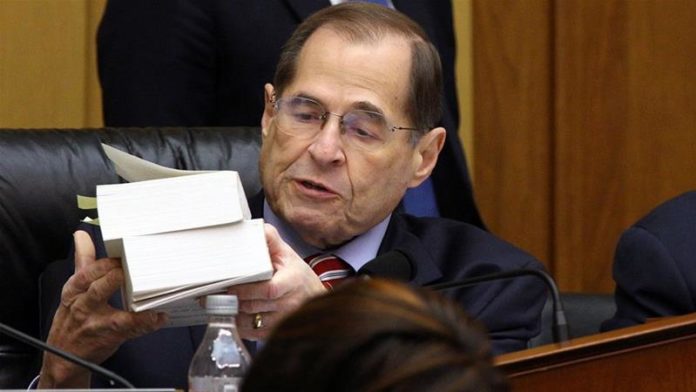 Washington DC, July 22: All eyes of America will be on Wednesday trained over Capitol Hill as special counsel Robert Mueller testifies before the two House of Representatives’ panels about his released reports on Russian meddling US 2016 president election, links between Donald Trump election campaign and Moscow, as well as, possible obstruction of justice by the president.

The chairman of the House judiciary panel has on Sunday hinted the stakes when said the 448-page Mueller reports contained “very substantial evidence that the president is guilty of high crimes and misdemeanours”, a benchmark for impeaching Trump, according to The Guardians.

Nadler’s committee is slated to kick-off impeachment proceedings against Trump. Ex-FBI Director Mueller is also expected to appear before the House intelligence panel.

Nadler claimed, “The report presents very substantial evidence that the president is guilty of high crimes and misdemeanours,” adding, ” … and we have to present or let Mueller present those facts to the American people and then see where we go from there because the administration must be held accountable and no president can be above the law.”

In 2017, Mueller was appointed to began his investigation into Russian election meddling, which submitted his probe report earlier in March 2019 and released a redacted version of the copy around a couple of weeks ago.

Attorney-General William Barr has released his brief summary on Mueller report, in which he stated conspiracy between Moscow and Trump hadn’t been proven yet and that instances of potential obstruction of justice were insufficient to says offence had been committed.

California’s Adam Schiff, the chairman of the House intelligence committee, on Sunday, told CBS’s Face the Nation: “It’s been clear from Bob Mueller that he felt and the justice department feels bound by this Office of Legal Counsel opinion that you can’t indict a sitting president.”

On account of now-shut probes of campaign fund infringement including previous Trump legal counsellor Michael Cohen making instalments to ladies who claim to have affairs with the US president, Schiff said Trump was “essentially an unindicted co-conspirator”.

“He has been identified as ‘individual one’,” he said, “the person who directed Michael Cohen to commit this fraudulent campaign scheme. And I assume this all means that in the Southern District of New York, the case will be reopened when he leaves office.”

He also said though Cohen is serving his prison period, the US president was “not above the law. He may have a temporary reprieve” while staying in the White House.

Mueller’s testimony was originally set for 17 July. In a strained political standoff, different requests by House panels for testimony from Trump aides and partners have been hindered by the White House.