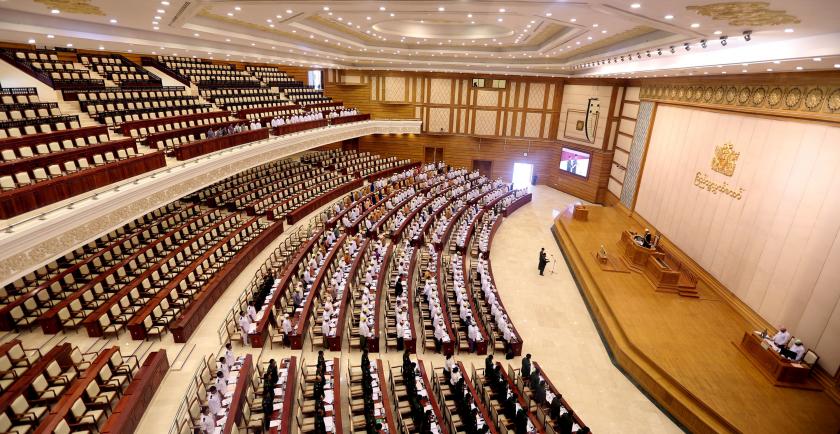 The parliament of Myanmar has said on Wednesday held a voting session to set up a committee in order to discuss amendments into the country’s constitution despite objections by the military-aligned lawmakers against the move, expected likely to challenge the power of the military.

Being the Nobel laureate’s biggest challenge to the army’s power in three years, it has sparked a protest in the legislature by green-glad army appointees, silently standing for several minutes to show their opposition.

This move comes as both the military and civilian leaders faced a growing international pressure over its army crackdown on Rohingya Muslim in the country in 2017 that has prompted Rohingya to flee the country into Bangladesh and India.

In a vote among members of parliament, about 414 out of 611 voted in favour of setting up a committee. While announcing that NLD lawmaker, deputy speaker Tun Tun Hein would chair the new committee, speaker T Khun Myat told the house: “Representatives from political parties and military lawmakers will be involved proportionally.”

The constitution further guarantees the military of seats in the parliament, including key ministries post. To make a change to the charter, it needs a vote more than of 75 percent of members, providing the army an effective veto.

While a debate over the amendment proposal in the parliament on Tuesday, NLD lawmaker said the public was supporting for amending the charter and also, the new committee would allow country’s all parties to have a say.

MPs from the military-aligned Union Solidarity and Development Party (USDP) said the proposal wasn’t in line with the section of a constitution on amendments.

USDP lawmaker Thaung Aye said, “We don’t oppose the constitutional amendment. Suitable sections of the constitution should be amended in the interests of the people at a suitable time. However, it must be in line with the law.”

The constitution has also barred Kyi from becoming president.

Russia to exit INF Treaty in six months to retaliate US’ move
US’ Trump pitches for new INF pact, may involve India
Comment