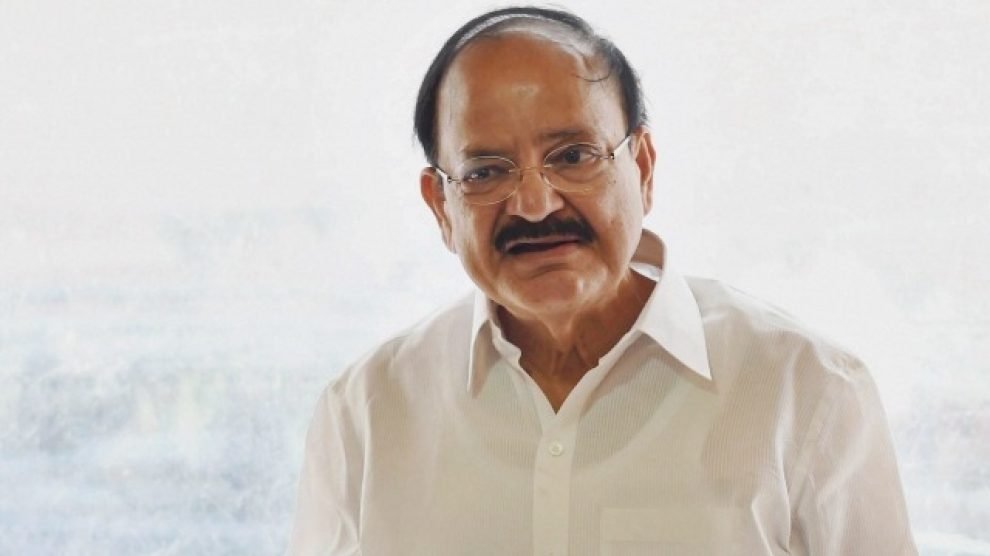 New Delhi, August 17: Indian Vice President M Venkaiah Naidu on Saturday embarked on an official five-day visit to Lithuania, Latvia and Estonia with an intend to reinforce bilateral ties with the three Baltic countries. Naidu is the primary high-level dignitary from India to visit the three nations.

“Embarking on a 5-day tour to 3 Baltic nations, Lithuania, Latvia and Estonia to strengthen bilateral ties. Happy to be the first high-level dignitary from India to visit the 3 nations. Being bid farewell by representatives of embassies of 3 countries on my departure from New Delhi today,” Naidu saidbefore boarding the plane.

“Looking forward to productive delegation-level talks and fruitful interactions with heads of states, other dignitaries, business forums and the Indian diaspora,” he said.

Embarking on a historic visit!

Vice President @MVenkaiahNaidu embarks on a three-nation visit to Lithuania, Latvia & Estonia. This is the first VVIP visit to the three Baltic countries. @VPSecretariat pic.twitter.com/yScV4e9KmX

On Wednesday, declaring the visit, Ministry of External Affairs (MEA) official A Gitesh Sarma had said India and the Baltic nations have a noteworthy interface and it is commonly acknowledged that both have basic phonetic roots despite the separation.

On his visit to Lithuania from August 17 to August 19, Naidu will meet the leader of Lithuania. An India Lithuania business gathering will be facilitated by CII from the Indian side, according to ANI.

From there on, Naidu will visit Latvia from August 19 to 20 and will have respective bilateral talks with the President, Prime Minister, acting speaker of the Saeima and different dignitaries. He will likewise disclose a bust of Mahatma Gandhi at the national library in the nation.

ASSOCHAM is planning India-Latvia Business summit from the Indian side. Here Vice President will lay reet at the opportunity landmark of Latvia and will divulge a bust of Mahatma Gandhi in the national library of Latvia.

During his visit to Estonia, the vice president will attend the conference of the heads of missions. CII would lead the Indian Estonia business summit from the Indian side.

“This is a historic visit in the sense that it is long-awaited and Vice President’s visit would be the first-ever high-level visit to the three Baltic countries. This takes place when we are looking forward to increasing our political engagement as well a trade and commerce engagement,” the MEA official had said.