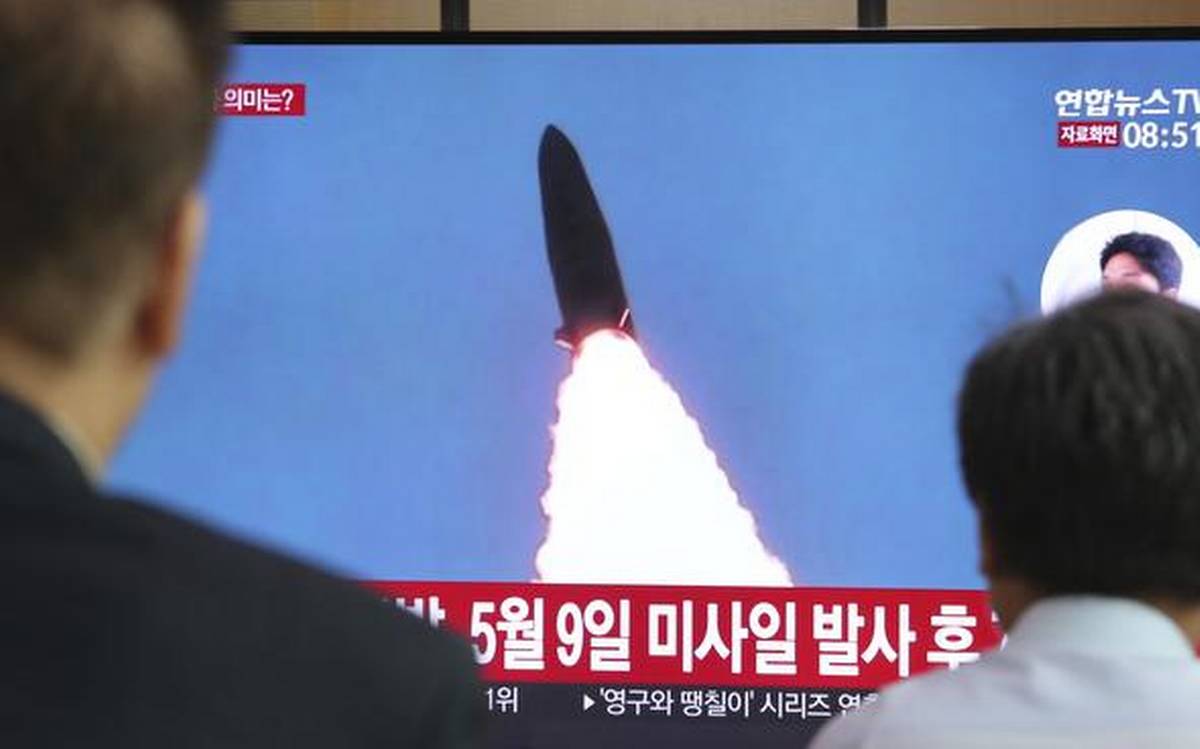 Pyongyang, July 25: North Korea has tested two short-range missiles on Thursday into the sea, according to South Korean Joint Chiefs of Staff (JCS).

The missiles were launched from Wonsan over North Korean east coast early on Thursday over the sea, as per BBC reports.

A JCS official stated at least one of those fired missiles travelled around 690 km (428 miles) and seemed to be a fresh design.

The development also comes after receiving condemnation from North Korea over the planned international military exercise between the US and South Korea. Pyongyang has warned the joint exercise could jeopardize the resumption of the stalled denuclearization dialogues.

The first short-range missile was launched at around 05:34 local time (20:34 GMT on Wednesday) and the second missile was fired at about 05:57 local time, the JCS said.

Introductory reports said the two rockets went about 430km, achieving an elevation of 50km, before falling into the Sea of Japan, also called the East Sea.

But, after an investigation from the US and South Korea’s intelligence authorities, the JCS stated one was expected to have been “new type of missiles”.

Japan’s defence minister stated the launches didn’t reach Japan’s waters and had no prompt effect on its national security.

South Korea’s defence ministry has urged the North to halt such acts what it said were unhelpful for facilitating pressure, revealed Reuters.