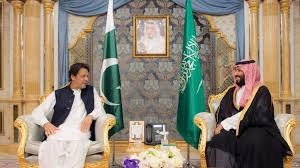 Pakistan announced that its close ally Saudi Arabia won’t be a part of China’s flagship project China Pakistan Economic Corporation (CPEC), days after Pakistan said that Riyadh will be the third nation to participate in the project.

Minister for Planning and Development Khusro Bakhtiar told media on Tuesday that the cash-rich kingdom’s proposed investments would fall under a separate bilateral arrangement, Dawn news reported. “Saudi Arabia is not to become a collateral strategic partner in the CPEC. This impression is not true,” he said.

A third country can participate in the China-Pakistan Economic Corridor (CPEC) by taking part in the business and investment ventures arising out of the project, Bakhtiar said.

“The framework between China and Pakistan is bilateral and Saudi Arabia is not entering that framework as a third-party investor, rather the base of the CPEC will be broadened and its pace will be expedited,” he said.