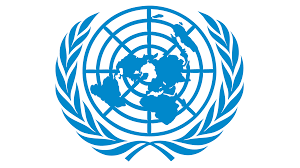 Pakistan has launched a scathing attack on India over its quest for a permanent seat in the United Nations Security Council (UNSC), blaming India as “primary stumbling block” for reforms.

While intervening the discussion on reforms on Wednesday, Islamabad’s permanent envoy Maleeha Lodhi condemned the suggestion looking forward to alternatives if the current negotiation does not head towards progress, but did not mention India by name, according to Economic Times news reports.

On Tuesday, India’s Permanent Representative Syed Akbaruddin said:  “If despite our best efforts, credible progress evades us once again, then we should not shy away from reviewing how we engage on this very important issue.”

Addressing the meeting of the Intergovernmental Negotiations (IGN) on council reforms, Akbaruddin further stated: “We need to look at creative pathways to forge ahead.”

Pak’s Lodhi said that they heard an assertion that given the “perceived lack of progress in the IGN, it may be time to review the entire process” with a view to pronounce on its fate.

She stated: “Those calling for a review of the IGN process, should instead review their own positions because the quest by some to gain permanent seats for themselves remains the primary stumbling block and this was clearly evident from our discussions, yesterday.”

Japan, India, Germany, and Brazil are pursuing the permanent seats for self, while Arab and African nations wanted representation in ranks of permanent members.

While making pointed attacks on India, Lodhi also attacked others sharing India’s position on the reforms. She claimed, “As for the point raised by one distinguished colleague, none of the examples and landmark documents he cited involved an amendment of the UN Charter. That’s the fundamental difference between this IGN and other processes. Any procedural manoeuvers are not only self-inhibiting, but they are also counter-productive.”

Any alternative to the deal that has been an impasse over a decade, would directly go for an amendment to the UN charters in order to add further non-permanent and permanent members to the council, supported by UN members majority. Even if the negotiation went successful, the charter would be amended to incorporate the reforms.

Amendment will need to have a two-thirds majority of the general assembly i.e., 129 out of 193 members, and also votes of all permanent members.