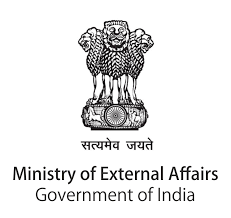 New Delhi, August 28: Pavan Kapoor was appointed to become India’s next ambassador to the United Arab Emirates (UAE) on Tuesday.

Pavan Kapoor, the 1990 cadre IFS officer, is slated to replace Navdeep Singh Puri, who was appointed in October 2016 as Indian envoy to the UAE and has been heading the Indian embassy in Abu Dhabi.

In an official statement, the ministry of external affairs wrote: “Pavan Kapoor (IFS (Indian Foreign Service): 1990) has been appointed as the next ambassador to the United Arab Emirates.”

The ministry’s statement added Kapoor will begin assuming the office and taking up the assignment soon, according to ANI.

In fact, Kapoor had served as the Indian ambassador to Israel for over three years with being replaced by a new representative last month.

He has also served in the Prime Minister’s Office and the ministry of external affairs in New Delhi.