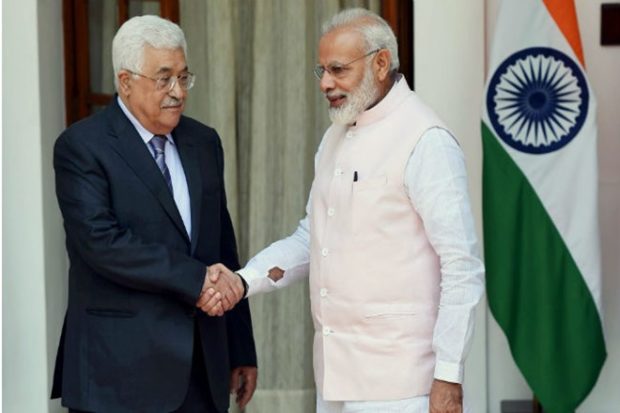 Prime Minister Narendra Modi will pay a visit to the Yasser Arafat Museum in Ramallah during his official visit to the West Bank this weekend, according to the Indian Foreign Ministry. According to the daily Haaretz , Modi will be attending a ceremony in the museum “in the honor of the departed leader,” a senior ministry official informed journalists on Monday. The purpose of the “historic visit” is to demonstrate India’s solidarity with the Palestinian people and its commitment to “deepening ties with Palestine”, the official said.

According to the official, India has been making significant contribution to “the Palestinian cause” over the last three years. Indian support includes suppoting Palestinian causes at the UN, and joint projects including matters of security, healthcare, tourism, agriculture and culture. PM Modi will arrive in Ramallah on February 10 and he is scheduled to meet with Palestinian President Mahmoud Abbas, which would be the fourth time the two are meeting. Following their personal meeting, and broader meetings between the teams, Modi and Abbas will be meeting with the press and answering their questions followed by a gala dinner.

“Mr. Modi is visiting us at an important juncture when Palestine needs India to interact much more with the region,” Majdi El-Khaldi, the diplomatic adviser to Palestinian President Mahmoud Abbas said in a statement to The Hindu , in an exclusive interview over telephone from the seat of the Palestinian authority. “The U.S. can no longer be the only mediator,” he added, referring to the U.S.’s decision to recognize Jerusalem as Israel’s capital. “We are asking the European Union and EU countries to mediate, and we are inviting India, which will be a strong leader in a multipolar world, to assist the process.”

India also expects three high-level visits, from the region’s most powerful leaders, Iranian President Hassan Rouhani and Jordanian King Abdullah II in February, and Saudi King Salman later this year. Naming the renewed engagement in West Asia as “smart diplomacy” by India, Mr. El-Khaldi said that India was one of the “few countries in the world” that had no problems with most of the countries in the region.

“When it comes to specific disputes, Palestinians are mindful of their position, and we don’t interfere in domestic issues. When our Ambassador [to Pakistan] didn’t follow this policy, even if it was inadvertent, we said it was a mistake and withdrew him immediately,” he was quoted saying.