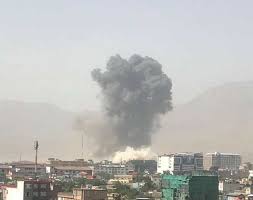 Washington DC, Sep 18: Mike Pompeo, US secretary of state, has on Tuesday condemned the recent terrorist attacks in Afghanistan, reportedly claimed by the Taliban, that led to the deaths of at least 48 individuals.

Parwan province, the northern region of capital Kabul, a Taliban suicide bomber targeted President Ashraf Ghani’s election campaign rally on Tuesday where the president was slated to give a speech.

However, Ghani was not hurt in the assault that took place at a checkpoint nearby the campaign venue, Parwan governor’s spokesperson confirmed.

In a separate incident a few hours later, a suicide bomb attack took place near the United States embassy in central Kabul that claimed the lives of about 22 people.

In an officials statement, Pompeo said, “Through these attacks, the Taliban demonstrate blatant disregard for the people and institutions of Afghanistan.

He reiterated the Taliban must start to demonstrate a pure and genuine commitment to the peace process rather than claiming acts of violence and attacks in the region that causes harm to the Afghan civilian and armed forces, according to news reports.

“And for days, Afghanistan has endured blackouts and other challenges as a result of Taliban attacks against power transmission lines which carried electricity to hospitals, schools, and homes in many areas of the country,” Pompeo said.

“They (the Taliban) thought that (they) had to kill people in order to put themselves in a little better negotiating position … You can’t do that with me,” Trump said in response to a query over his decision to abort the peace talks.