On 25th May, 2018, to mark the graduation of the students of the Us Naval Academy in Annapolis, Maryland, President Donald Trump arrived at the venue to give a patriotic speech filled with encouraging words of maintaining their pride in the country, and standing strong against all the Democrats rooting against the prosperity of the country.

In his speech, citing what he termed the “great reawakening of American spirit and American might”, President Donald Trump announced that with their economy becoming the strongest it has ever been, America was slowly gaining back the respect and veneration of all the countries abroad. To the 1042 newly commissioned second lieutenants and ensigns, President Trump highlighted his attempts to increase the federal spending of the country, and even took credit for being able to secure higher wages for the military and providing more ships for the country. He also preached that their military was extremely strong, and that though they were less likely to use it in the forthcoming days, if a fight does come, without alternatives, the United States of America would retain 100% chances of emerging victorious.

President Donald Trump also exhorted that the United States would never apologize for anything they intentionally, or unintentionally, might have inflicted on others. The military and the common citizens of America were all expected to stand up for the country, and defend their values till the end, without any show of apologies. Following the patriotic speech, President Donald Trump also managed to include a few words against the Democrats of the country, whom he called cynics, and accused them of attempting to “denigrate America’s incredible heritage, challenge America’s sovereignty and weaken America’s pride.” However, he ended his oration by stating that the United States of America rediscovered their dignity, regained their stride, were proud of their heritage, and ready to Make America Great Again. 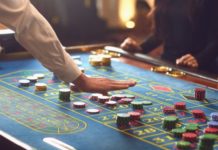