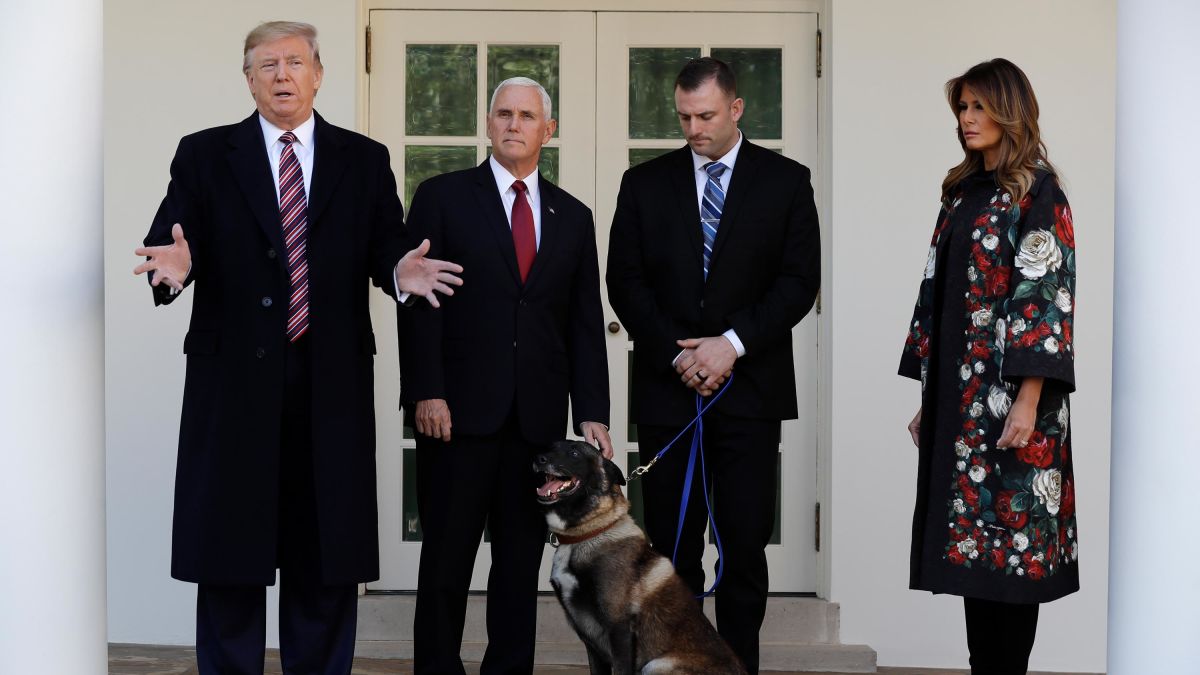 The President of the United States of America (USA), Donald Trump on Monday met Conan, ‘The world’s most famous dog’ who helped the USA Special Forces in hunting down the Islamic State of Iraq and the Levant (ISIL) leader Abu Bakr al-Baghdadi.

The military dog was presented by the medal of honor and plaque for his services who got injured during the raid. Donald Trump was present with first lady Melania Trump, Vice President Mike Pence and a handler for Conan.

Donald Trump introduced the dog to the press in the White House Garden, he said, “This is Conan, right now probably the world’s most famous dog. We’re very honored to have had Conan here and to have given Conan a certificate and an award that we’re going to put up in the White House.”

“He’s not in a bad mood today,” Trump told dozens of reporters, cameramen and members of TV crews gathered in the Rose Garden. “So you’re safe.”

Abu Bakr al-Baghdadi, an Iraqi who rose from vagueness to declare himself “caliph” of all Muslims as the leader of Islamic State, died on 27th October 2019 by detonating a suicide vest after he fled into a dead-end tunnel as elite US special forces closed in.

Marine General Kenneth McKenzie, the commander of US Central Command which oversees American forces in the Middle East, said: “Baghdadi brought two young children into the tunnel with him. Both children were believed to be under the age of 12 and both were killed.”

“Conan is really a hero,” Vice President Pence said about the dog who was injured in the operation. Conan was enjoying head scratches from the president, the vice president, and the handler.