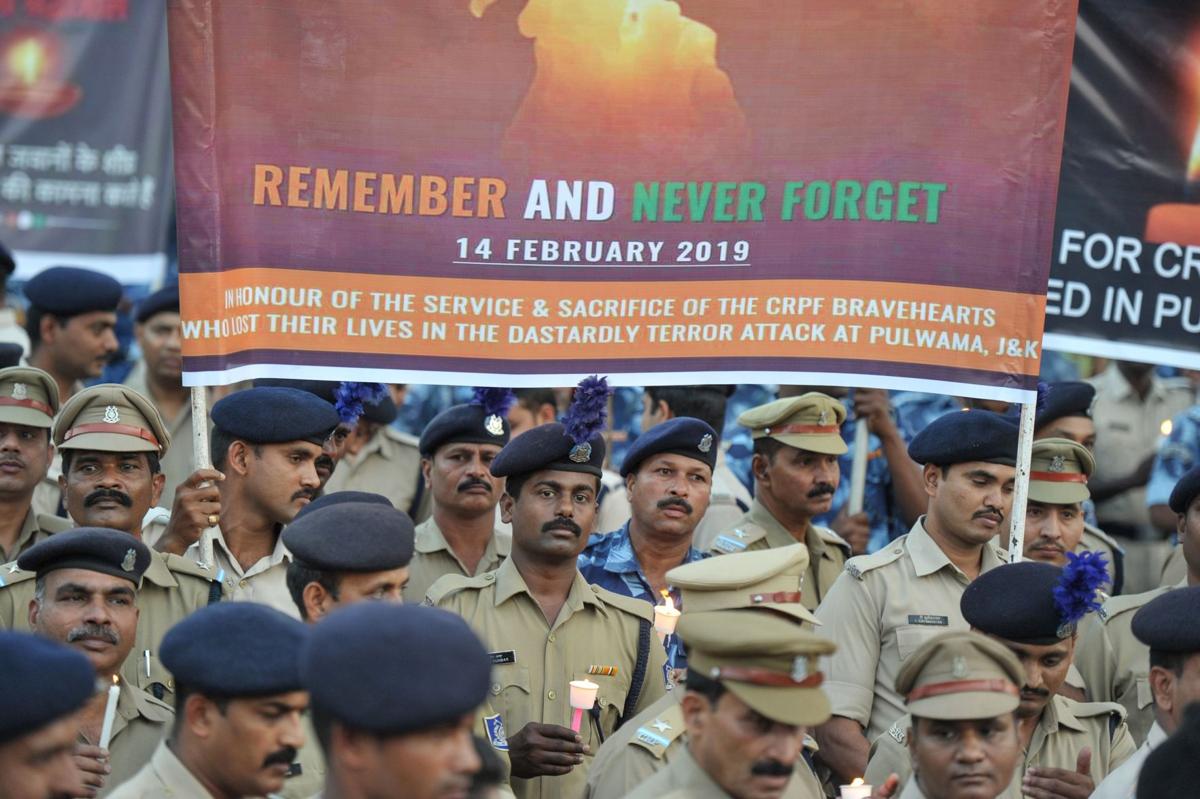 Hundreds of people gathered on streets of Nepal on Saturday to hold a protest march in the country over the Pulwama terror attack that has claimed the lives of 44 CRPF personnel by Pakistani based and backed Jaish-e-Mohammed (JeM) terror outfit in Jammu and Kashmir on February 14.

According to ANI news reports, the protests by Nepali citizens were held in Parsa (Birgunj), Majottaru (Bhubaneshwor, Jaleshwor), Rupandehi and other few districts in Nepal.

It was believed that the demonstration which was held by people on the streets of Nepal was in order to express solidarity with the Indian government and against the horrified suicide bombing attack by the Pakistani terror organization.

Also, the staff members who are working in the Indian mission in Nepal has contributed their one day salary for the slept soldiers who died during the terror attack in Pulwama.

One of the staff member working at the Indian embassy in Kathmandu told ANI: “We have decided to contribute out one day salary for the family members of the deceased soldiers who were deliberately targeted for doing their job well. Around a hundred people are currently working in the Indian embassy. We all have contributed the amount because we thoroughly believe that terrorism cannot be justified in any way and we are with our Indian friends.”