During a conference with the Press on the 28th of May, Russian Foreign Minister Sergei Lavrov commented on the fact that Russia demanded the Syrian military to be the only ones standing on the southern border of the country, along with Jordan and Israel. Rebels have taken control of most of southwest Syria, which bordered the Israeli occupied Golan Heights, resulting in allied Iran-backed military and Syrian army troops to be pushed back in their own country.

Sergei Lavrov stressed on his point that this withdrawal needed to be a two-way street, where the demilitarization would have to be carried out by all non-Syrian forces on a mutual basis. Only then could the ceasefire between south Syria, Jordan, and Israel remain preserved. Prior to this, many times had Israel shown concern about Iran’s expansion techniques using the seven-year conflict. This inevitably compelled Israel to support Washington’s decision to demand Tehran to withdraw all unwanted military forces under its command from Syria. Prime Minister Benjamin Netanyahu also announced that his country did not believe in the importance of stationing Iranian troops in Syria.

The Defence Minister of Israel, Avigdor Lieberman is scheduled to meet with the Defence Minister of Russia, Sergei Shoigu on Thursday in Moscow to discuss the steps which need to be taken at the Syrian broader. A while ago, Israel had launched intensive air attacks in Syria after Iranian rocket fire bombarded the regions from the south in one attack. Last year, with the help of Russia and Iran, the Syrian army had initiated an offensive by the eastern Ghouta enclave, which they successfully seized in April. 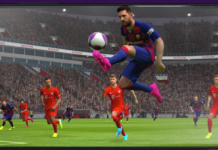