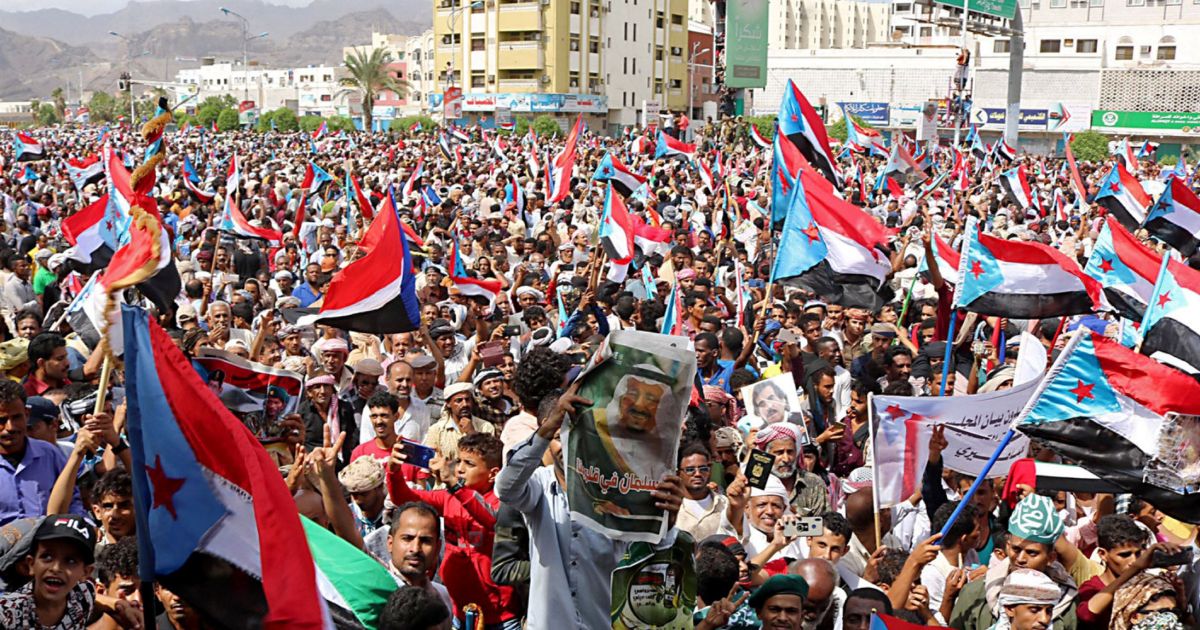 Aden, August 16: A joint delegation of Saudi-Emirati military headed out to Aden on Thursday to examine requests for a pullout of UAE-sponsored southern separatists from positions they caught in Yemen’s interval capital, government and nonconformist sources said.

The Global Coalition to Defeat #ISIS led by the #US welcomes #Yemen as the 81st member of the coalition in The State Department (@StateDept) meeting held for state members. pic.twitter.com/p6goHyNPWR

The visit comes after dangerous conflicts a week ago in the southern port city that mirrored a fracture among Riyadh and Abu Dhabi, the primary accomplices in a pro-government alliance battling Iran-aligned Houthi rebels. It likewise agreed with dissents in Aden for freedom.

The joint delegation’s mission was “to discuss the issue of the withdrawal of southern Security Belt forces from government camps and positions they seized last week”, according to a source relating to President Abedrabbo Mansour Hadi-led government.

A source close to STC (Southern Transitional Council), backed by the UAE-trained security belt, stated “we will hold talks with them”, without providing details.

The powers backing the STC, which looks for a free South Yemen, held onto the presidential castle in Aden on Saturday after conflicts with government supporters that left 40 individuals dead. The conflicts saw Security Belt powers hold control of five encampments, the presidential royal residence, and the head administrator’s office.

The Saudi-drove alliance denounced the takeover and urged the Security Belt to haul out from positions it caught, while calling for harmony talks.

The STC endorsed the call for peace dialogues with its chairperson Aidarus al-Zubaidi saying the nonconformists were ready “to work responsibly with … Saudi Arabia in managing this crisis”.

Without remarking on a conceivable pullout, it said the STC shared the alliance’s goal of “fighting against Iranian expansionism in the region”.

But on Wednesday, internationally-recognized Yemen government ruled out peace talks with the separatists in Riyadh, as proposed by Saudi Arabia, until they pull back from their positions in seized Aden.

The world recognizes the actions perpetrated by @STCSouthArabia in #Aden as illegitimate & illegal. STC needs to respect intl law and relinquish the authority usurped by force against the Govt of #Yemen in #Aden.

The Yemeni embassy in WashingtonDC, citing the foreign ministry, welcomed what it termed the Saudi-led initiative to address the coup in Aden.

In a tweet, it said the nonconformists  “must first commit to total withdrawal from areas forcibly seized by STC in past few days before start of any talks”.

Underpinned by the legitimate position of Govt of #Yemen against the transgressions of @STCSouthArabia in #Aden, STC must respect preconditions set by #Arab Coalition for talks following the STC’s untenable coup.