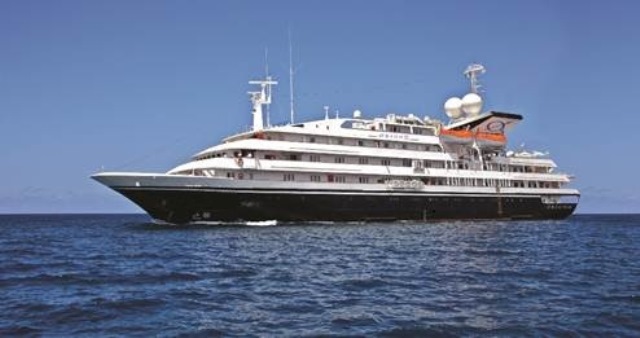 In a sea area which is suspected of being prone to pirate attacks, a Panama-registered MT Marine Express, carrying almost 13,500 tonnes of petrol, had gone missing. It was managed by Hong Kong-based Anglo-Eastern and was anchored off from the Benin city of Cotonou before authorities lost contact with the vessel on Thursday.

“Our mission in Abuja (Nigeria) is in touch with the authorities in Benin and Nigeria for their help in locating the ship and is constantly monitoring the situation,” said the Indian foreign ministry spokesman Raveesh Kumar.

Our Mission in Abuja (Nigeria) is in touch with the authorities in Benin and Nigeria for their help in locating the ship and is constantly monitoring the situation. A 24-hour helpline number set up by the Embassy for information on those missing is +234-9070343860,” Mr Kumar posted on Twitter yesterday.

“Authorities have been alerted and are responding. Our top priority is the safety of the crew, whose families have been contacted,” said the Hong Kong-based Anglo-Eastern shipping company on Twitter.

According to the Local media reports, it was the second ship to go missing from the area in the last month. In January, MT Barret went missing but the crew, most of them Indians, were released six days later after reportedly paying a ransom, according to the Indian daily Hindustan Times. Several ships have been targeted by pirates in the Gulf of Guinea, seriously causing damage to the international shipping route and costing the global economy a loss of billions of dollars.

Indian External Affairs Minister Sushma Swaraj tweeted- “Merchant Ship Marine Express with 22 Indian nationals is missing off the Coast of Benin in the Gulf of Guinea. We are making all out efforts in coordination with Nigerian and Benin naval authorities to trace the missing ship. We have set up a Helpline no.(+234)9070343860.”

Beijing in line to be world’s busiest airport
The Slap Dance on Schulz and Merkel: Leaving Berlin Lawless and in Peril