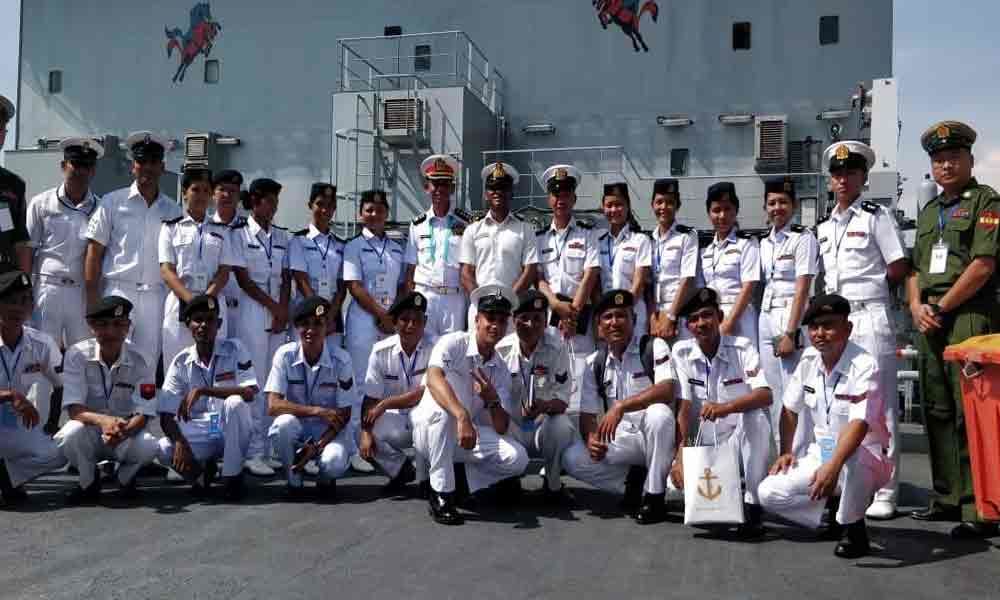 The navies of Singapore and India have concluded their bilateral naval exercise on Wednesday in the disputed South China Sea, where Beijing is preparing to flex its military presence.

According to The Week news reports, the Singapore-India Maritime Bilateral Exercise (SIMBEX-2019) was conducted by the Republic of Singapore Navy and the Indian Navy from May 16 to May 22.

The Indian High Commissioner has said one Fleet Tanker (INS Shakti), Indian Navy’s one Poseidon-8I (P8I) Maritime Patrol Aircraft and one Kolkata Class Destroyer (INS Kolkata) have participated in the bilateral naval drill, which was conducted mostly in coast off Singapore.

The air component included four F-16 fighter jets of the Republic of Singapore and one Fokker 50 (F-50).

The Harbour phase which conducted from May 16 to 18 included a series of naval planning meetings and also simulated tactical drills and interactions between professional experts in several maritime operation’s domains.

In a release on Wednesday, the high commissioner said a lot of stress has been laid on the safety aspects during the Harbour phase.

On Monday, an opening ceremony was performed, followed by a great reception onboard INS Kolkata. The Sea phase was conducted from May 19 to 22.

The release said, “It was indeed a matter of pride for both forces to have executed most demanding manoeuvres with great elan and a series of joint maritime exercises in perfect synchronisation

It added the Indian navy and government remain committed to security, prosperity and peace of the naval commons and encourage to construct a lasting multilateral and bilateral partnership in pursuance of this shared interest.