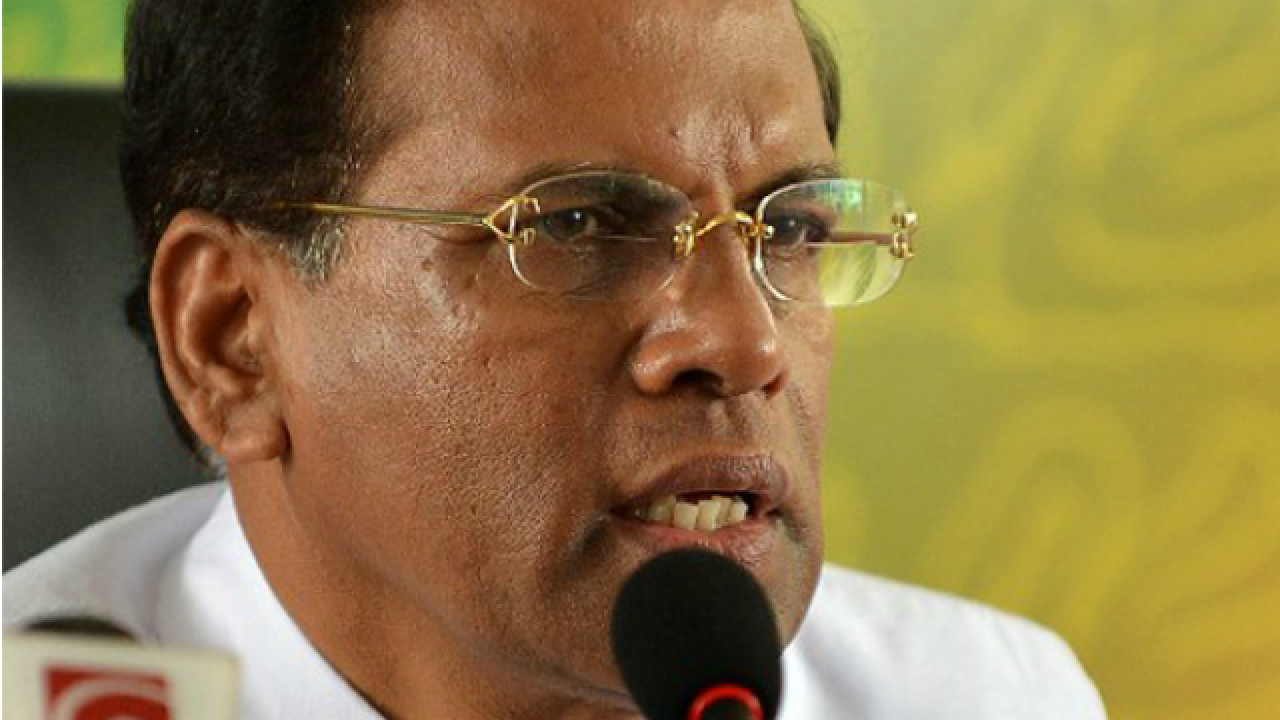 Colombo, May 18: While conveying greetings for Buddha Poornima or Vesak, Sri Lankan President Maithripala Sirisena urged the country to recollect the teaching of Buddha and construct a “society with boundless peace”, as the nation is recovering from the deadliest terror attack in a decade, followed by series of violence.

According to ANI news reports, Sirisena was quoted by Colombo Page as saying, “On this momentous day of Vesak, we must recollect the teaching of the Buddha to build a society with boundless peace by shunning all attempts to destroy each other for the greed for power.”

He further added, “For a society to blossom without fear, anger, and mistrust, the Buddha has preached. ‘Hatred will not heal hatred but kindness will head hatred’. It is the time we became strong enough to truly, meaningfully and honestly relate this eternal truth.”

Over 70 percent of the nation’s population follows the Buddhism faith. While echoing the message, Prime Minister Ranil Wickremesinghe stated Buddha’s teaching will “open the way for reconciliation, peace, and unity in the land”.

Mahinda Rajapaksa, former president of Sri Lanka, has also tweeted his greetings over this holy occasion.

This Vesak may forces of darkness, ignorance,bigotry & hatred be defeated & may an era of contentment,peace & evocation be heralded. Not just a negative notion of peace defined by the absence of conflict. But,a positive peace where we work to promote dialogue, harmony & justice. pic.twitter.com/hA381caZ1b

Vesak commemorates events of significance to Buddhists of all kinds of traditions: the birth, enlightenment, and passing away of Gautam Buddha.