Recent times have seen a worldwide takeover in politics by the hawks from the doves, and tensions rise in the South China Sea in accordance with many other parts of the world. The South China Sea has long been a theatre for a global game of chess, but more importantly, it is closely linked to the maritime sovereignty of China, the Philippines, Brunei, Indonesia, Malaysia, and Vietnam. It is a critical chokepoint of international trade where more than $5 trillion USD passes through on a yearly basis. It is also China’s first goal as a budding super-power and pivotal to its prospective regional hegemony in the area.

Overextended from its home bases, the PLA Navy’s novel strategy has been to create new facts on the ground by developing small landmasses and coral reefs into man-made islands, and then transform these into operational military installations. As USN Admiral Philip Davidson said in his April submission, short of a war with the US, nothing can stop the PLAN from the uncontested control of the South China Sea, and one look at the map proves the veracity of his statement. Earlier this month, China deployed one of its nuclear-capable strategic bombers, the model H-6K, to do a landing on the disputed Woody islands for training purposes. Further surveillance showed the deployment of anti-ship and surface to air missiles in many of the disputed islands. Strong condemnation from Vietnam(in the case of Spratly islands) and reconstruction of a runway in the Thitu island under Philippine control formed the response from China’s neighbours, and the US disinvited China from the impending RIMPAC in June 2018, the biggest biennial military exercise in the world, comprising of more than 50 naval vessels, 200 aircraft, and 25000 in personnel, which China complained was an unconstructive act by the US.

Nevertheless, China’s South China Sea policy seems to be maturing into a new stage, and this could potentially bring about instability in the international status quo. The change in military staff in the USN’s Pacific command has coincided with the rise of Donald Trump and signals a transition in the USN’s South China Sea policy, perfectly mirrored by Trump’s hawkish counterpart, Xi Jinping.

These were the facts when two warships of the US Pacific fleet, the guided-missile destroyer, Higgins, and the guided missile cruiser, Antietam, en route to their home ports, entered into 12 nautical miles of the Chinese disputed territories of the Paracel islands on Sunday. The Chinese Defense Ministry was the first to issue a declaration condemning the action as a serious breach of its territorial sovereignty and stating that it had dispatched ships and aircraft demanding the USN ships promptly leave its maritime territories. The Chinese Foreign Ministry, in a separate but similar declaration also urged the US to cease from such actions in the future and expressed China’s commitment to strongly defending its sovereignty. Two US Navy officials on the condition of anonymity confirmed this statement to Reuters that the Higgins and Antietam had departed from the Philippines to undertake the very same Freedom of Navigation Operation and has conducted drills near the islands Woody, Triton, Tree, and Lincoln in the Paracel islands, coming into 12 nautical miles of China’s maritime boundaries. They said that such Freedom of Navigation Operations(FONOP) have been common in the USA’s military doctrine and rather than regarding one country or issue they are aimed to the free channeling of trade and navigation in all international waters, including those of its allies.

The first half of this year has been very eventful in foreign affairs, and this trend signals impending paradigm shifts and history being written in world politics. It’s going to be a very interesting June for any observer of world affairs. 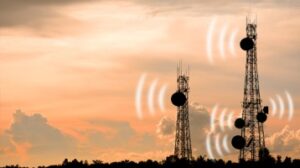 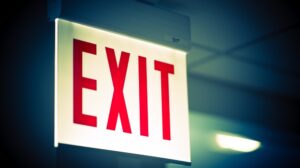 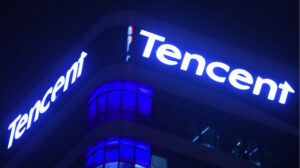