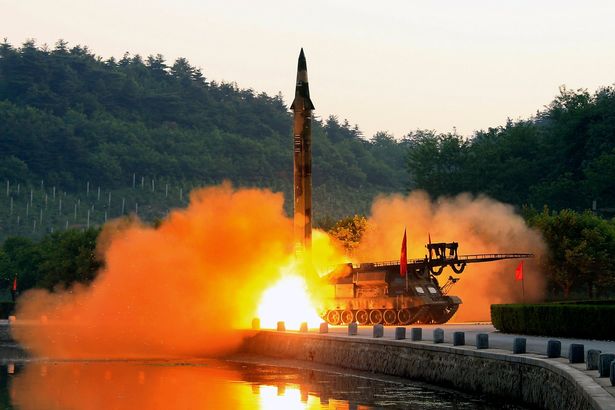 Seoul, May 13: South Korea has on Monday pledged to strengthen its military defence capabilities, focusing on the Patriot system, in a response to “threats” posed by short-range missiles of North Korea.

South Korean defence ministry spokesperson Choi Hyun-soo was quoted by Yonhap News Agency as saying, “Our military has been developing our own missile defence capabilities with a focus on the Patriot system in order to counter threats posed by North Korea’s short-range missiles.”

She continued adding, “We will continue to beef up such capabilities aimed at effectively fending off threats from all directions.”

According to ANI news reports, this comes after a week of two short-range missile testing by North Korea, just five days after the launch of the barrage of projectiles into the East Sea.

The ministry, however, admitted it has not determined the details of what kind of weapons were test-fired by Pyongyang.

Choi said, “The South Korea and US intelligence authorities are analysing details of the North’s projectiles, and no details are available at this stage.”

North Korea has said on Friday it tested long-range missile drills under the supervision of ‘Senior leader’, Kim Jong-un, from the western military units.

The conduct of long-range missile came a day after North Korea launched projectiles, presumed to be short-range missiles tests into the East Sea.

The United States officials, including special representative for North Korea Stephen Biegun, and officials from Japan are currently in South Korea to discuss and pave ways to resume stalled nuclear talks with North Korea.