Colombo, May 14: Sri Lankan President Maithripala Sirisena has banned three Islamic extremists outfits, including National Thowheeth Jama’ath (NTJ), which carried out the worst serial blasts in the country on Easter Sunday last month that claimed the lives of more than 250 people.

The president issued a gazette banning numbers of Islamic State (IS) organizations on Monday. Sirisena also halts the use of drones in the nation until the next order, according to news reports.

According to the issued gazette, the Willayath As Seylani (WAS), Jamaath Millaathe Ibrahim (JMI) and the National Thowheed Jamaath (NTJ) terror outfits have been banned by Sri Lanka.

On April 21, around nine consecutive explosions occurred that tore through four hotels and three churches, killing more than 258 people, including ten Indians and 44 foreigners, and wounding more than 500 others.

Reportedly, more than 1000 arrests have been made yet since the terror attack. The country’s police said they either detained or killed all those perpetrators responsible for suicide bombing attacks.

The nation’s authorities have partially imposed a nationwide curfew after a rise in anti-Muslim violence in the region, just three weeks after the Easter Sunday terror attack claimed by IS.

The emergency in the North-Western province will continue to remain in place until the next order, the police said. 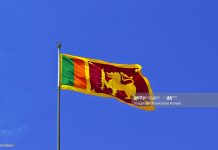