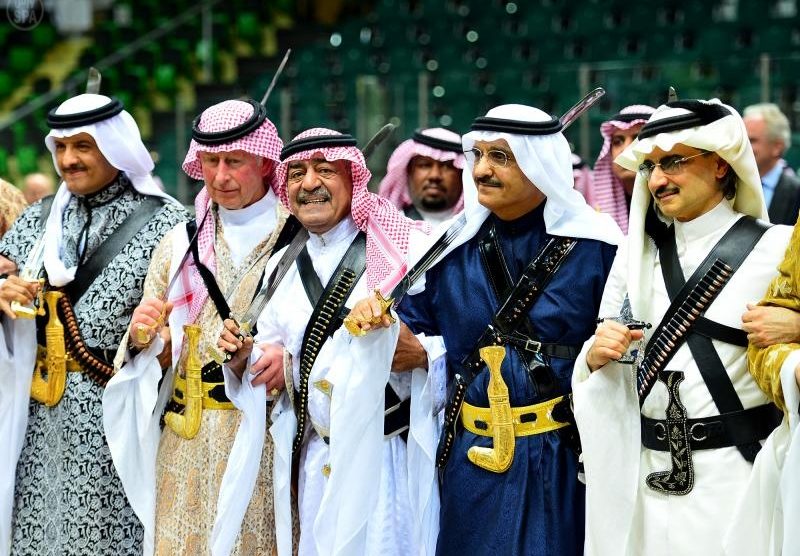 Al-Jenadriyah is a cultural and heritage festival held in Jenadriyah (or Janadriyah) near Riyadh in Saudi Arabia each year, lasting for two weeks. It is organised by the National Guard, and the first was held in 1985. Activities include a camel race, performance of local music and dancing of the Ardah and the Mizmar.

External Affairs Minister Sushma Swaraj arrived in Riyadh on her maiden visit to Saudi Arabia on Tuesday during which she will inaugurate the Janadriyah festival of the Gulf Kingdom, which is home to over three million Indians.

During the three-day visit, Swaraj will meet with the Saudi leadership and discuss bilateral, regional and global issues of mutual interest. After her arrival, Swaraj in her first engagement addressed Indian community members at a reception in Riyadh, and spoke about the relations between the two countries.

“EAM spoke in length the growing relations between the two countries,” Ministry of External Affairs spokesperson Raveesh Kumar said. Swaraj thanked the Indian community for the good will it has earned for the country and lauded the Indian embassy for its promptness. Minister of State for External Affairs VK Singh had earlier said that India’s participation in the festival will be multi-faceted. “We will have an Indian pavilion where we will project a number of Indian themes and projects. The pavilion will comprise glimpses of traditional and modern India,” he said.

Saudi Arabia is home to more than 3 million Indian people and ties between the two countries are on an upswing in the last few years especially after the landmark visit of Prime Minister Narendra Modi to the Gulf Kingdom in April 2016. Saudi Arabia is India’s fourth largest trade partner after China, the US and the UAE. The country is a major source of India’s energy requirement as it accounts for almost one-fifth of India’s crude oil requirement.