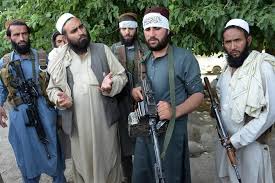 According to the report, the leaders of Taliban are ready to have a formal discussion with the US in the month of September with key issues on the prisoner exchange, confidence-building measures, and improvisation informal meeting.

Earlier, in the month of July, the Taliban members had a meeting Alice Wells, Washington’s top envoy to the region which was considered as a stepping stone between direct talk with the Taliban and US. It was decided in the meeting to plan to meet again in the month of September for further discussions.

The July meeting covered a series of issues from a US request for a two- month ceasefire for parliamentary elections, visit by Taliban official to government custody. But no agreement has been agreed on either.

As Afghanistan is preparing for its 2019 presidential elections; it is palpable for Taliban to mount pressure on the US to have face to face discussions. Although the US has not made any official confirmation for the second meeting on the formal talks, it will be noteworthy to see how the US take forward with the deal.