The Indian Wire » World » ‘Time to get on board’, Jim Mattis asserted to support peace process in Afghanistan 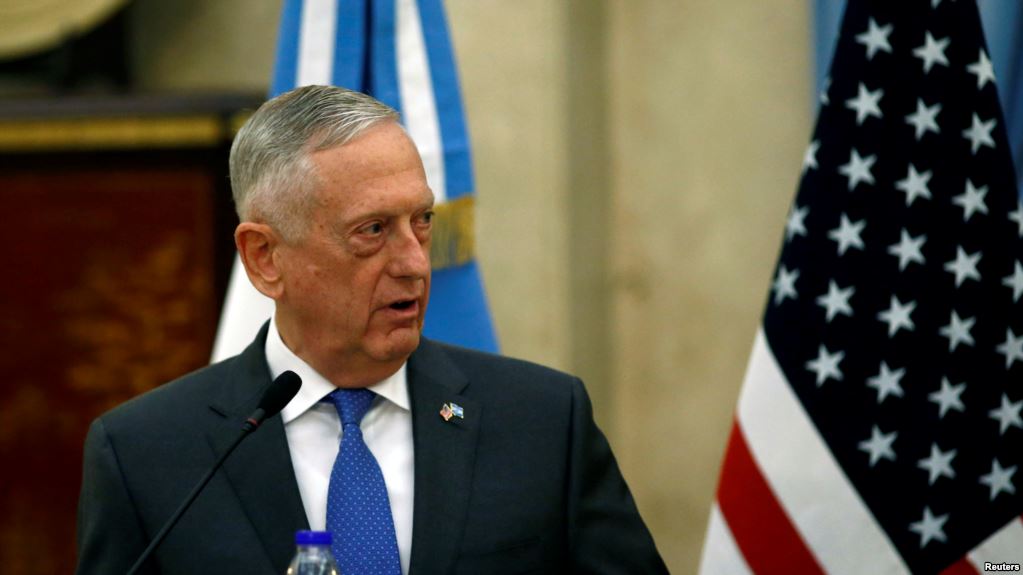 Talking of responsible nation whose 40 years of efforts are enough in the process of spreading peace in south Asia, the United States defence secretary Jim Mattis asserted, in a strong way of message, now the time has come to “get on board” for everyone to support the efforts made by the United Nation, Indian Prime Minister Narendra Modi and Afghanistan President Ashraf Ghani, in the process of encouraging south Asia peace.

According to news reports, when Mattis welcomed union defence minister Nirmala Sitharaman, on Monday, he told reporters, “We’re looking for every responsible nation to support peace in the sub-continent and across this war in Afghanistan that’s gone on now for 40 years.”

Mattis further stated: “It’s time for everyone to get on board, support the United Nations; support Prime Minister Narendra Modi’s, Afghanistan President Ashraf Ghani and all those who are trying to maintain peace and make for a better world here.”

To support nations who are responsible for the efforts of peace generating among the south Asian continents, Mattis said, “We are on that track. It is diplomatically led as it should be, and we’ll do our best to protect the Afghan people.”

Yesterday, US President Donald Trump wrote a letter to Pakistani Prime Minister Imran Khan in this regard seeking their nation support for generating peace in Afghanistan. Mattis was responding to reports on the behalf of Trump’s letter to Khan. Trump made a statement that Khan’s support in this regard “is fundamental” in order to develop more US-Pakistan partnership.