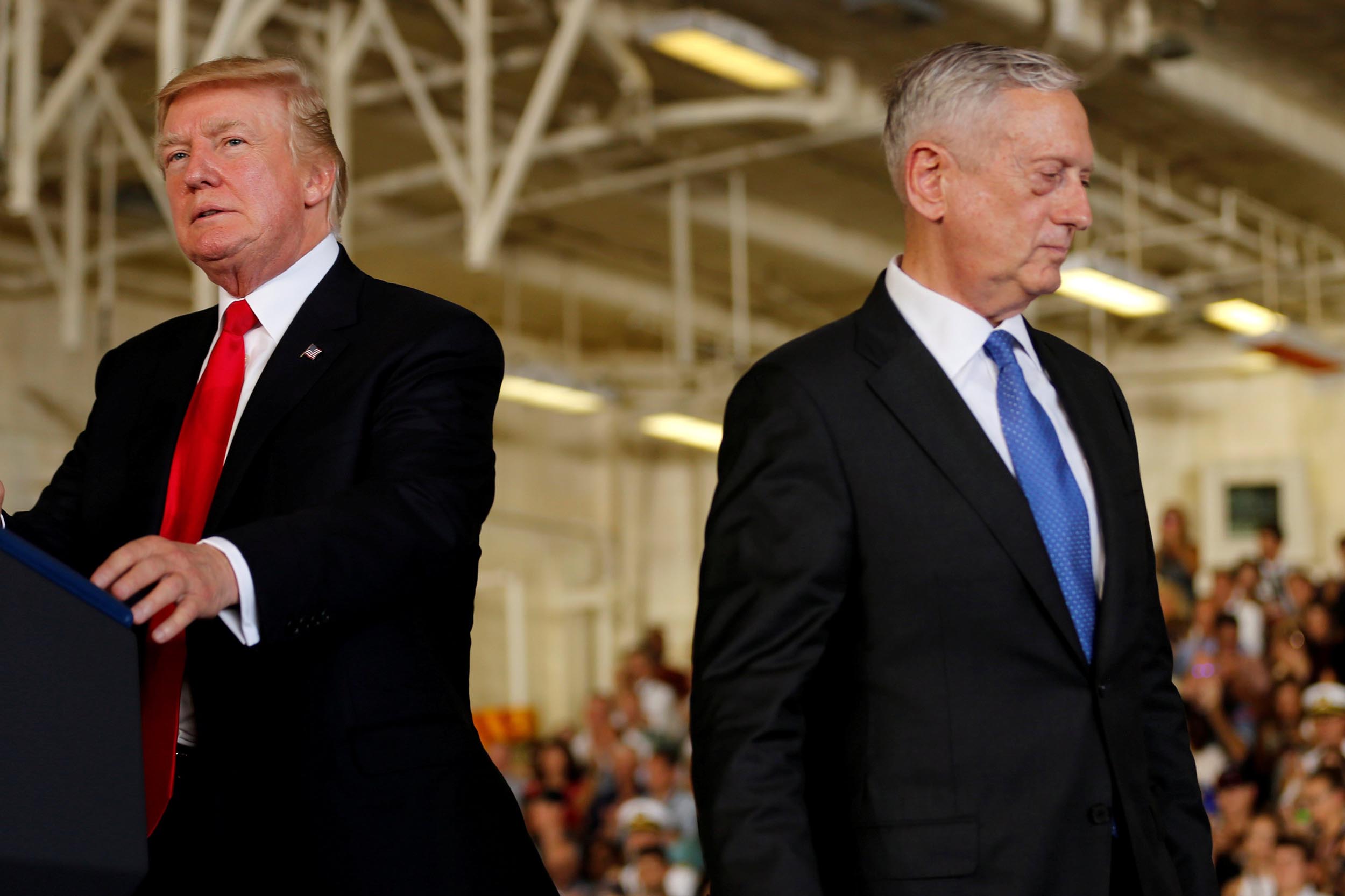 Ex- defence secretary of the US Jim Mattis announced his resignation and said he would be leaving Trump’s administration at the end of the February. Mattis resignation was a sign of his disapproval over Trump’s decision to withdraw the US troops from Syria and when Trump has tweeted the Islamic State had been now defeated.

According to news reported by The Washington Post, in a tweet, Trump, the republican, wrote: “I am pleased to announce that our very talented Deputy Secretary of Defense, Patrick Shanahan, will assume the title of Acting Secretary of Defense starting January 1, 2019.”

I am pleased to announce that our very talented Deputy Secretary of Defense, Patrick Shanahan, will assume the title of Acting Secretary of Defense starting January 1, 2019. Patrick has a long list of accomplishments while serving as Deputy, & previously Boeing. He will be great!

Trump further wrote: “Patrick has a long list of accomplishments while serving as Deputy, & previously Boeing. He will be great!”

Nevertheless, Trump has praised Mattis and his work during his time of serving the administration. Trump, while praising Mattis in a tweet, announced his departure with a saying that Mattis was retiring: with distinction” and that “during Jim’s tenure, tremendous progress has been made”.

However, within two days, Trump changed his tone with writing a tweet that he had given Mattis a “second chance” after “ingloriously” fired by former President Barack Obama.

When President Obama ingloriously fired Jim Mattis, I gave him a second chance. Some thought I shouldn’t, I thought I should. Interesting relationship-but I also gave all of the resources that he never really had. Allies are very important-but not when they take advantage of U.S.

Trump tweeted: “Allies are very important-but not when they take advantage of U.S.”

Mattis had wrote a resignation letter, where he wrote: “Because you have the right to have a secretary of defense whose views are better aligned with your,” adding, “I believe it is right for me to step down from my position.”

Mattis further wrote: “My views on treating allies with respect and also being clear-eyed about both malign actors and strategic competitors are strongly held and informed by over four decades of immersion in these issues.”

Mattis’s resignation was followed by another top official, Brett McGurk, the US delegate to the international coalition against the Islamic State group, called for his departure from February month to the end of the year.

In a tweet, Trump condemned McGurk’s announcement and termed him as a “grandstander” who tried to quit before his time of departure.

Brett McGurk, who I do not know, was appointed by President Obama in 2015. Was supposed to leave in February but he just resigned prior to leaving. Grandstander? The Fake News is making such a big deal about this nothing event!

It has been said that until Trump does not find a permanent defence secretary, Shanahan would be leading the US troops in order to leave Syria along with Afghanistan.

White House budget director Mick Mulvaney will soon resign and will be appointed as Trump’s chief of staff. He on Sunday, directed that Trump will not change his mind over the withdrawal of troops from Syria or Afghanistan.

Mulvaney said, “I think the president has told people from the very beginning that he doesn’t want us to stay in Syria forever. You’re seeing the end result now of two years’ worth of work.”