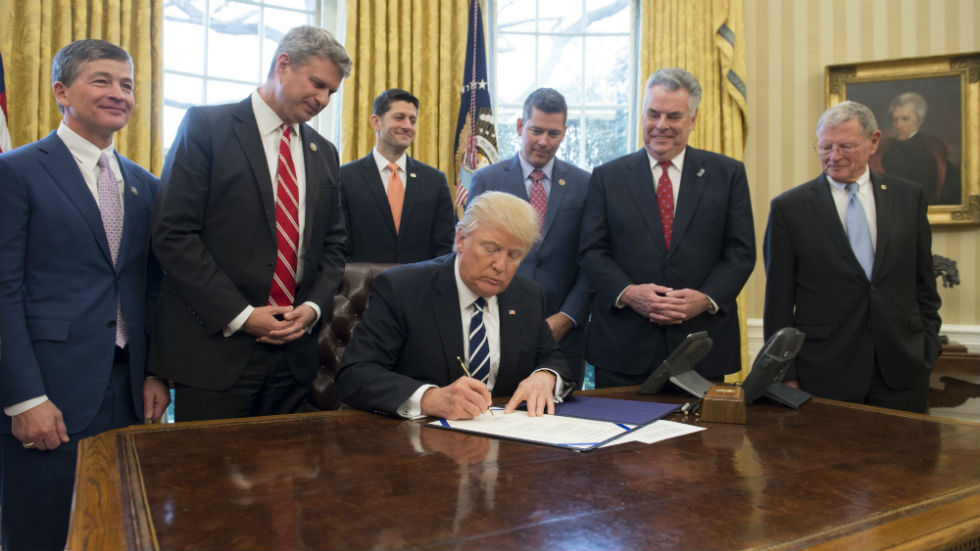 The White House is in ongoing discussions over option for United States President Donald Trump to pursue a fresh nuclear deal, the New START Treaty, which will expire in 2021, American officials have on Friday told CNN.

The US president is eyeing a fresh potential foreign policy achievement, a grand nuclear agreement with China and Russia, CNN reported.

A senior White House official stated, “The President has made clear that he thinks that arms control should include Russia and China and should include all the weapons, all the warheads, all the missiles,” according to Sputnik news reports.

Donald Trump has been known to say “Deals are my art form. I like making deals, preferably big deals”. Trump prides himself as a great dealmaker. Currently, Trump is publicly hinting that a nuclear arrangement is on his main agenda now.

While mentioning his decision to pursuing a nuclear treaty, at his January address to the country, Trump has said, “Perhaps we can negotiate a different agreement, adding China and others, or perhaps we can’.”

In April, during the oval office with China’s vice premier Liu He, Trump has voiced the belief that Russia and China would “come along” for a new nuclear deal, stating it could happen once Beijing and Washington complete trade negotiations. Trump had earlier criticised the New START as a “bad deal”.