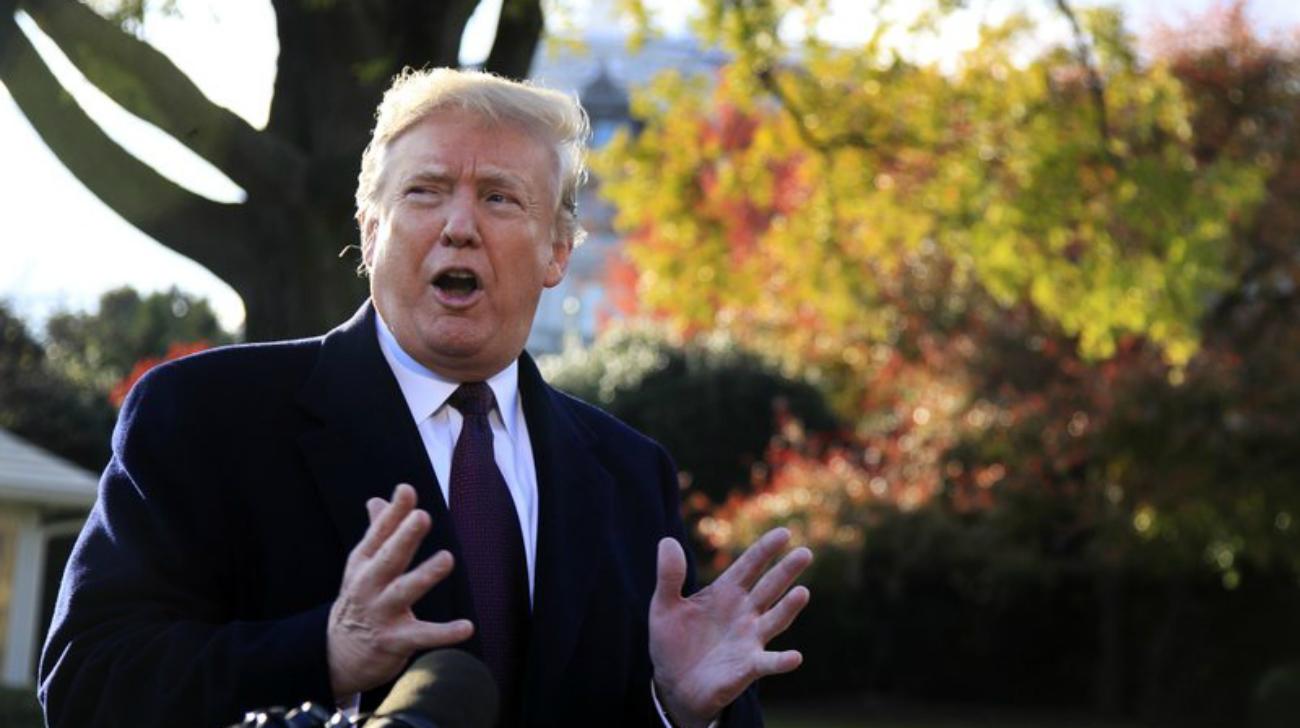 United States President Donald Trump paid a visit to Calexico, southern California, on Friday to inspect a section of the US-Mexico border.

At the briefing, the US president said, “There is indeed an emergency on our southern border,” adding, “It’s a colossal surge, and it’s overwhelming our immigration system. We can’t take you anymore. Our country is full.”

While addressing a chaired meeting in Washington DC over border security, Trump had noted the immigration system in the US is “full”, regardless of migrants seeking refuge into the US coming from Central America through Mexico, according to ANI news reports.

Trump was quoted by CNN as saying, “If you want to climb, it’s pretty sharp up top, too … it’s meant anti-climb. It’s called anti-climb, so it’s a great wall …”

During the roundtable meeting, Trump said, “The system is full. We can’t take you any more. Whether it’s an asylum. Whether it’s anything you want. It’s illegal immigration.”

He continued added saying, “I’m sorry. So turn around. That’s the way it is.” He stated within the next two years, the “400 miles” of border wall will be completed.

The Pentagon has notified the US Congress last week it had transferred USD 1 billion for the beginning of construction of Trump’s demand of US-Mexico border wall.

Moreover, Trump has on Thursday threatened to shut the southern border and impose tariffs on Mexican automobiles, if Mexico fails to stop “massive amounts of drugs” entering into the US.