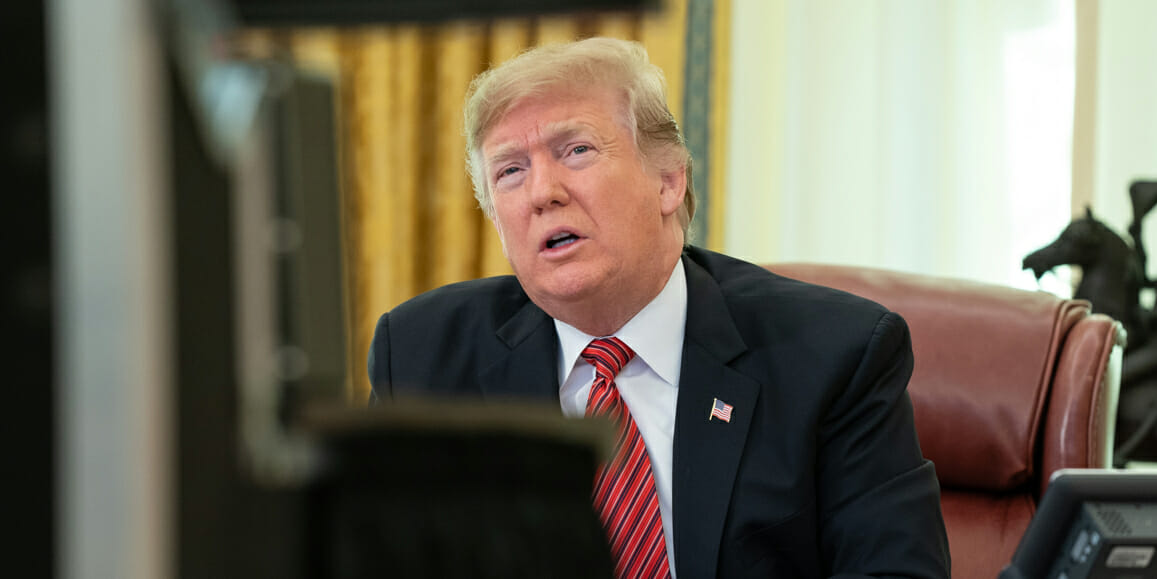 US President Donald Trump has stepped up his effort to exert more pressure on Iran and China. The United States currently has been involved in a trade war with China and has imposed high sanctions on Iran after withdrawing from the Iran Nuclear Deal.

In an announcement, the president had informed his measures to bar top Iranian government officials from entering the United States, the measure is a part of the ‘maximum’ pressure policy which the government has been pursuing against Iran.

The move comes after US President Donald Trump in his address to the United Nations had attacked Iran for its inability to stop the escalating tensions in the Middle-East. The US had imposed sanctions on Iran after it had withdrawn from the Iran Nuclear Deal in 2015.

Ensuring that it exerts more pressure on Iran, it has blocked the entry of top-level government officials of Iran. This comes when the regional tension in the Middle-East have been increasing since the airstrikes on Saudi oil facilities. Right now the Iranian President is in the US attending the United Nations.

According to a report in Reuters, US President Trump said, “I have determined that it is in the interest of the United States to take action to restrict and suspend the entry into the United States, as immigrants or non-immigrants, of senior government officials of Iran, and their immediate family members.”

It will not impact the status of immigrants who are already in the United States, asylums which are granted to the people.

This was done to exert diplomatic pressure on Iran to re-negotiate the Iran Nuclear Deal. Iran has been involved in regional tensions with US allies Saudi Arabia and Israel. With continuing violence in Yemen and Syria giving rise to the Islamic State.

The United States has also been critical of the supporters of the Islamic Republic of Iran, it has also levied sanctions against five Chinese nationals and six entities. The Secretary of State Mike Pompeo according to a report in Reuters said, ” And we are telling China, and all nations: know that we will sanction every violation”.