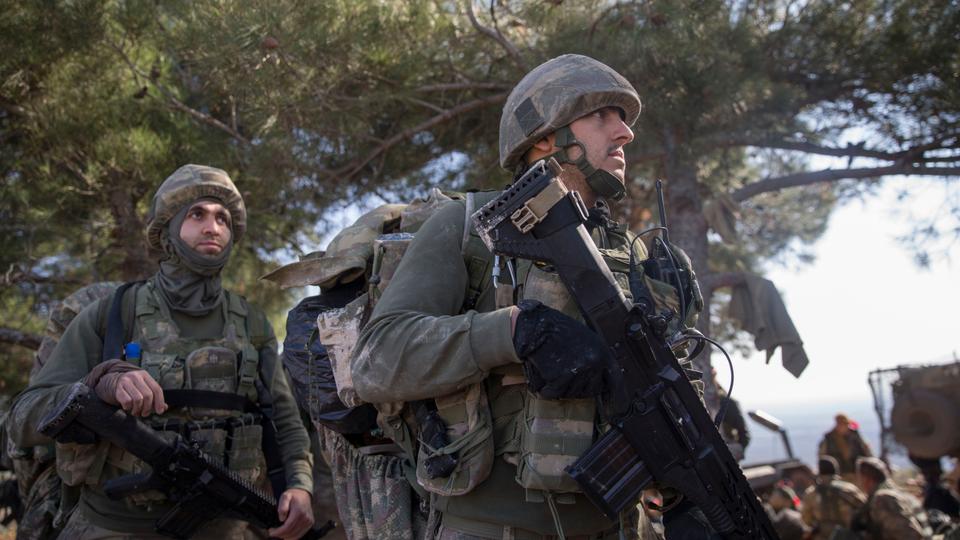 Turkey has begun to reinforce its military forces on Sunday, at both the border side with Syria, as both Washington and Ankara agreed to coordinate with the United States decision of withdrawal of its troops from Syria.

According to news reported by Reuters, the escalation in military forces of Turkey comes after two days when Turkey President Tayyip Erdogan decided that Turkey would postponed the planned military operation in northern Syria on Kurdish YPG militia east, followed by the US troops pullout.

Erdogan also said Turkey would take over the battle against Islamic State militants after the US President Donald Trump has tweeted that now it’s time for other to fight ISIS in Syria.

The Turkish presidency also said Trump and Erdogan has, on a phone call on Sunday, agreed to work and operate towards the establishment of military and also diplomatic coordination in order to prevent an authority vacuum from developing as the US has decided to withdraw its troops.

According to news reports, the reason for the reinforcement of Turkish military have not been verified as well as Turkish officials too did not immediately accepted the request for comment.

Turkey has carried out a two-cross-border operations in the northern Syria with the support from the Free Syrian Army (FSA) against the Islamic State and YPG, and termed the operations as “Euphrates shield” and “olive branch”.

To avoid direct confrontation with the US forces, Turkish military has not went to the east of the Euphrates River in northern Syria, though they were focused on areas of Euphrates rivers west.