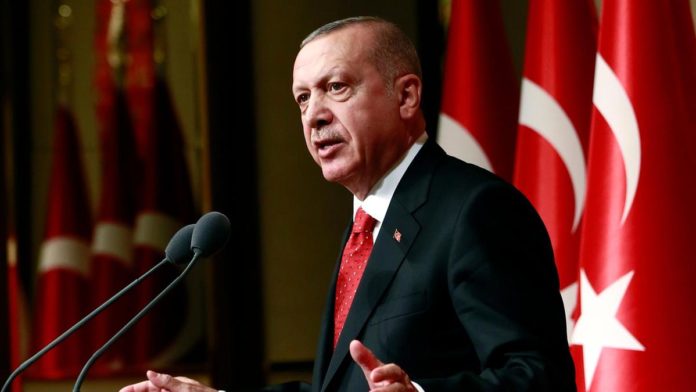 Addressing the 74th session of the United Nations General Assembly (UNGA) in New York on Tuesday, Erdogan said Turkey has been hosting more than 3.6 million Syrian refugees and has yet spent around $40 billion for them, according to Anadolu Agency.

Speaking at the United Nations (UN) Sustainable Development Summit, he underscored Ankara has been continuously making efforts to generate peace in Idlib region – which hosts four million individuals and which was on brink of a humanitarian crisis.

The Turkish president said Turkey was also reconstructing buildings, superstructure, infrastructures, houses, schools, and hospitals in Syrian suburbs that have been cleared from YPG/PKK terror organization.

“Now we are preparing to clean the east of the Euphrates from terrorist organizations for the same purpose,” said Erdogan, pledging to reconstruct terror-hit areas.

“We aim to ensure that both the Syrians in our country and our brothers who reside in the region will contribute to reconstruction of Syria when peace is maintained,” said the president.

Ankara considers YPG organization a “terror” outfit. Turkey considers the YPG to be an augmentation of the banned Kurdistan Workers’ Party (PKK).

US President Donald Trump has proposed the safe zone plan to Erdogan last year and has announced procedures to withdraw American special armed forces from northeast Syria, but later halted the plans in order to ensure US’ Kurdish allies were safe.