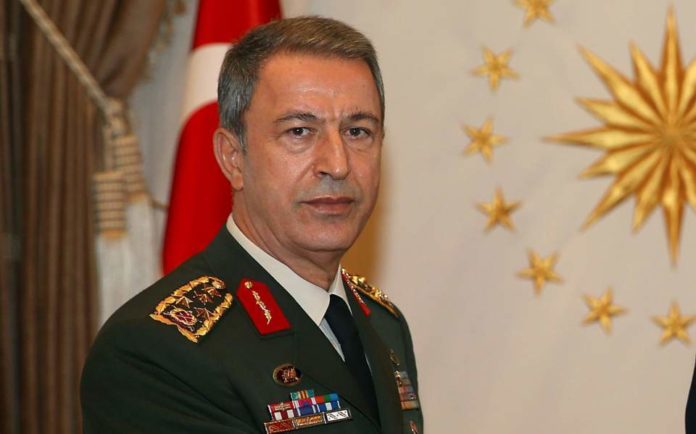 Ankara, Oct 4: Turkey’s foreign minister Melvut Cavusoglu has on Thursday said Ankara does not buy what the US claims “progress” in establishing a “safe zone” in northeast Syria, adding Washington’s endeavours to create a safe zone will yield no outcome and that Turkey is prepared to take action itself.

Meanwhile, United States defence secretary Mark Esper and his Turkish counterpart Hulusi Akar held a telephonic conversation on Thursday, during which both the leaders discussed Washington-proposed “safe zone” – which Ankara says should extend to 30 km in Syria and be cleared of US-backed YPG/PKK Kurdish fighters.

Akar’s office said Turkey would cease its working with the US on establishing a safe-zone if America stalled on the matter.

“Continuing to hold talks, wanting to solve the issue peacefully … should not be viewed as weakness, and saying our plans are ready if necessary should not be seen as a threat,” the ministry statement quoted Akar as saying in the phone call.

“If there is stalling or delaying, we are fully determined to end this work,” he was also quoted as saying.

The call underlined Ankara’s priority to safeguard the religious and ethnic group, including  Kurds, Arabs, Christians, residing in the region, as well as, their security.

Interacting with broadcaster A Haber on Thursday, Cavusoglu said the US has not been showing any sincerity over the matter. He was quoted by A Haber as saying: “We think this ongoing process with the United States will not take us to the point we desire. The information coming from the field proves this.”

“We must take steps to clear the terrorist organizations from our vicinity and return refugees there,” he added.

On August 29, Turkish President Recep Tayyip Erdogan has declared Ankara would not permit the United States to postpone the implementation of the agreed “safe zone” in northeast Syria, insisting the agreement was the correction option to be upheld, according to reports.