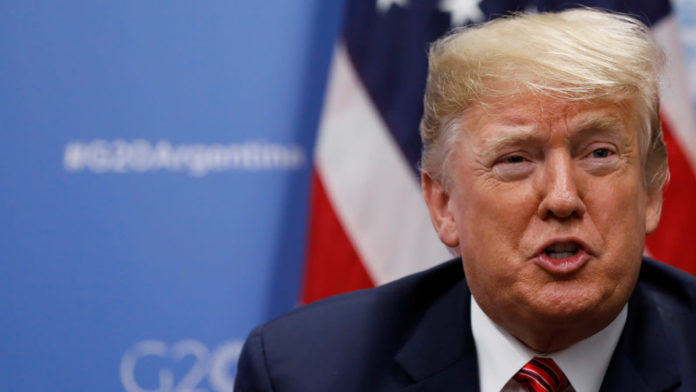 The United States President Donald Trump on Saturday lashes out at the federal investigation into the Russian election intrusive and said investigators has found no evidence of “collusion” over the Russian attempts into 2016 US presidential election campaign.

In a tweet, Trump wrote: “After two years and millions of pages of documents (and a cost of over $30 million) no collusion!”

In a court filling on Friday, presented by the special counsel and US prosecutors in New York Robert Mueller, who is seeking imprisonment for Trump’s former lawyer Michael Cohen, who has allegedly violated finance, lied to Congress about Trump’s dealing with Russian in Russia and also financial crimes.

Trump, later tweeted: “Time for the Witch Hunt to END!” When leaving for Philadelphia for navy vs army football game match, Trump said, “On the Mueller situation, we’re very happy with what we are reading because there was no collusion whatsoever. The last thing I want is help from Russia on a campaign. You should ask Hillary Clinton about Russia.”

Trump termed the investigation as a “very one-sided situation” and said, “But I think it is all turning around very nicely.”