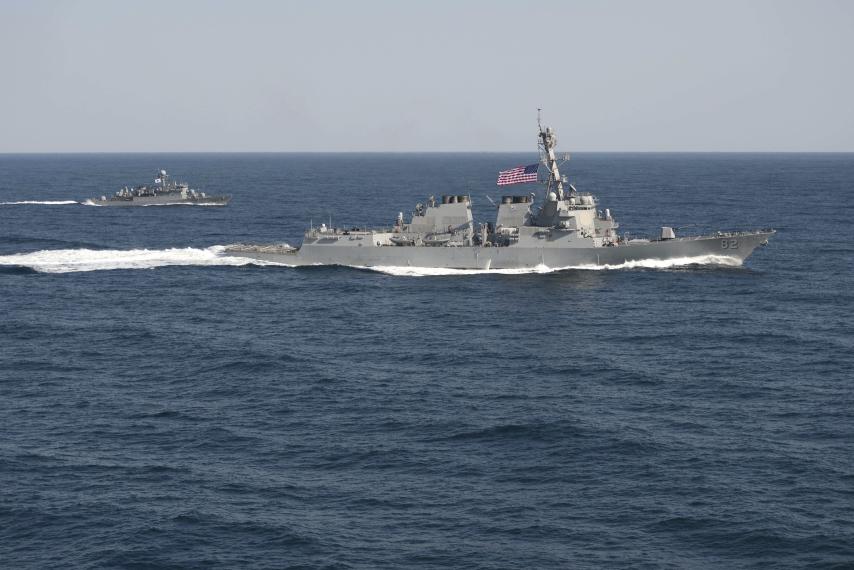 Washington DC, July 3: The United States has accused China on Tuesday of militarizing the disputed South China Sea and conducting missile attacks in the waterway, describing “meant to intimidate” to Beijing’s actions.

According to BBC news reports, citing unnamed official, the US media reported the Chinese launches first. Beijing had earlier announced the military drills but however, didn’t confirm the US allegations it had launched any missiles in the strategic waters.

Vietnam, Malaysia, Brunei, the Phillippines, and Taiwan all claim parts of the South China Sea.

However, China claims a huge region knows as “nine-dash line”, and has been constructing its military installations over artificial islands in that region.

Ahead of its military drills, China has warned other vessels not to try to enter the labelled area between the Paracel and Spratly islands for five consecutive days.

Pentagon spokesperson Lieutenant Colonel Dave Eastburn on Tuesday said the US “was aware of the Chinese missile launch from the man-made structures in the South China Sea near the Spratly Islands”.

The spokesperson added the Chinese behaviour was “contrary to its claim to want to bring peace to the region and obviously actions like this are coercive acts meant to intimidate other claimants” to the disputed South China Sea.

Beijing routinely accuses the American navy of interference and provocation in the regional affairs.