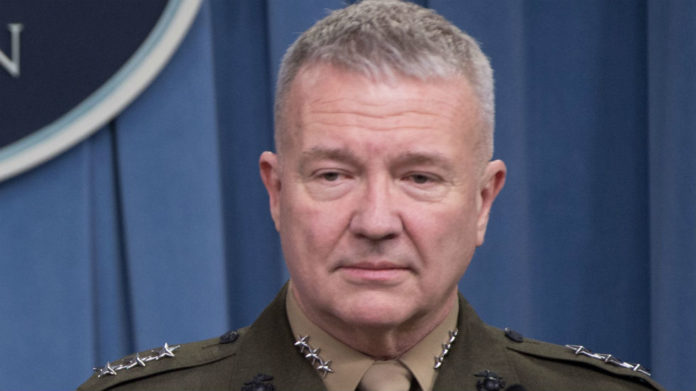 According to ANI news reports, Kenneth and Khan, both the leaders held talks aimed at Afghan peace process and the US-Pakistan relations.

Kenneth led the delegation team of the US officials, according to ISPR (Inter-Service Public Relations), called on Pakistan’s chief of army staff general Qamar Javed Bajwa on Sunday at the general headquarters, according to ARY News reports.

The meeting was seen amid reports where foreign minister Shah Mahmood Qureshi alleged on Sunday India was “hatching a new plot and may resort to military aggression” against Pakistan in-between April 16-20.

During a media conference, Qureshi stated, “Pakistan has reliable intelligence inputs that India is hatching a new plot and may resort to military aggression against Pakistan between April 16-20.”

Qureshi was quoted by ARY news as saying a similar attack as Pulwama terror attack could recur in Pakistan-occupied Kashmir valley.

However, India has dismissed Qureshi’s comments, terming it “irresponsible and preposterous” stance made by Islamabad “with a clear objective of whipping up war hysteria in the region”.