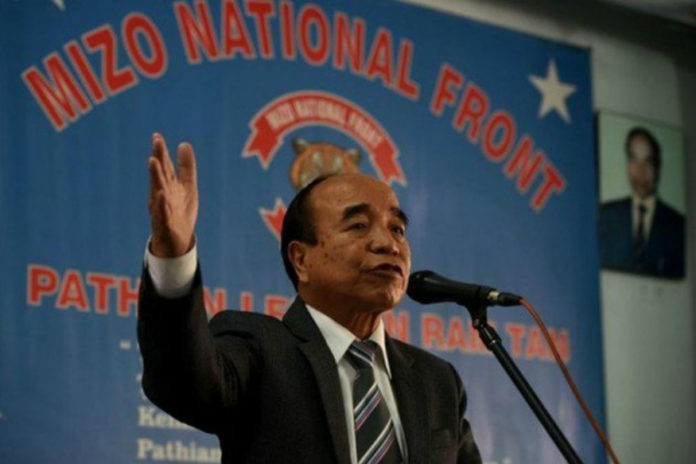 Aizawl, May 17: US Ambassador to India Kenneth Ian Juster met Mizoram Chief Minister Zoramthanga and discussed possible areas of cooperation in road infrastructure and health care among others, an official release said here on Friday.

Accompanied by five other officials, including US Consul General in Kolkata Patti Hoffman, the Ambassador arrived here on Thursday on a two-day visit.

“Juster yesterday (Thursday) held meeting with the Chief Minister at the latter’s residence and discussed state policies and possible areas of cooperation especially in road infrastructure and health care,” the official release said.

“Strengthening cooperation in tourism and creating more avenues for higher education in the US for students from the northeastern states also figured in the discussion,” an official of the Mizoram government said.

The release said that on Friday, the US diplomat visited the American government-funded project on HIV/AIDS.

“The US envoy held meeting with church leaders at Synod office here and senior officials of Excise and Narcotics Department,” the release added.

Juster, after his appointment as the 25th US Ambassador to India in November 2017, had visited other northeastern states including Assam and Tripura.