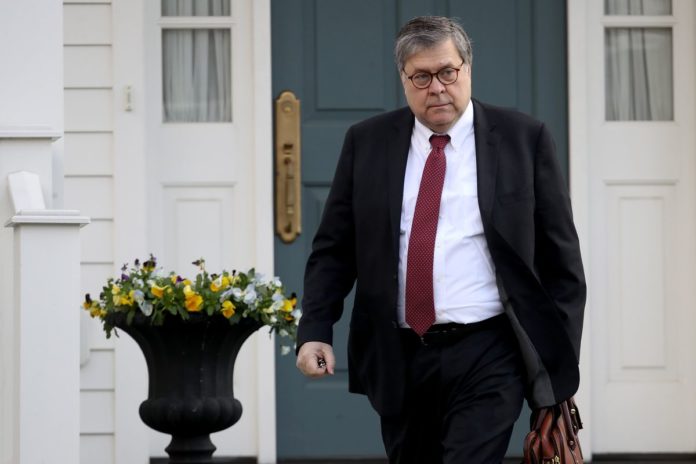 Washington DC, June 4: The Democrats-controlled House of Representatives is likely to hold a voting on June 11 to holding United States attorney-general William Barr in contempt of Congress.

The House majority head Steny Hoyer has also confirmed he was planning to introduce a resolution to the House next Tuesday to force both Barr and ex-counsel McGahn to act in accordance with Congressional subpoenas, according to ANI news reports.

Hoyer’s statement was quoted by CNN as saying, “Next Tuesday, I will bring a resolution to the House Floor forcing Attorney General Barr and former White House counsel McGahn to comply with Congressional subpoenas that have been duly issued by the House Judiciary Committee.”

Hoyer added, “This administration’s systematic refusal to provide Congress with answers and cooperate with Congressional subpoenas is the biggest cover-up in American history, and Congress has a responsibility to provide oversight on behalf of the American people.”

The judiciary committee of the US House has already voted in favour of holding Barr in contempt of Congress, sending it for further actions.

However, Nancy Pelosi, the House speaker, has declined to accept the Democrats’ demand to open impeachment proceeding.

Last month, Barr has declined to testify before the Democratic-led House Judiciary Committee over his handling of special counsel Robert Mueller’s probe into Russia meddling the 2016 US presidential election.

The development came after Democrats asked Barr to face questions from the body’s lawyers, a decision taken after a referendum. Barr had previously objected to a plan for lawyers to ask questions at the hearing, the BBC reported.

The standoff raises the prospect that Barr, America’s top legal official, could be held in contempt of Congress.

He testified for the first time on May 2 since the release of Mueller’s 448-page report. The special counsel did not establish any collusion between the Kremlin and the Trump campaign.

However, the report did not exonerate the president of the obstruction of justice. It concluded the Republican president had repeatedly intervened with an inquiry that he feared would doom his presidency.

Barr, who was appointed by Trump, told the Senate Judiciary Committee he was “frankly surprised” Mueller did not reach a conclusion on whether the president had tried to obstruct justice.