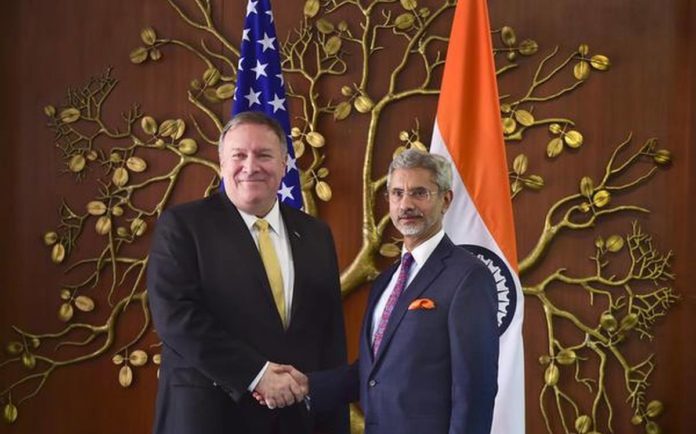 New Delhi, June 26: The United States and India have on Wednesday acknowledged trade issues between the two nations and committed to vanishing difference between them.

According to ANI news reports, addressing media conference after concluding a meeting with the visiting Mike Pompeo, the US secretary of state, Indian external affairs minister (MEA) S. Jaishankar said both the sides need to take “constructive and pragmatic view” over the issues pertaining to trade.

Jaishankar said, “On outstanding issues, particularly relating to trade, that we take a constructive and pragmatic view of that. It is natural that when you have trade, then there will be trade issues. The real test of our intention is our ability to address them effectively.”

He also asserted New Delhi was committed to enhancing business between the two sides, adding, “As far as business is concerned we are committed to making it easier to provide level playing field to grow with the world economy and striking a right balance between their concern is what we are trying to do.”

The two leaders held discussions on a series of issues including the Asia Pacific and terrorism, during lunch which was hosted by the MEA.

Jaishankar said he and Pompeo discussed numerous global and bilateral issues, and on terrorism, “I took the opportunity to express our appreciation for the strong support that we have received from the Trump administration,” that India considers “zero tolerance” for cross-border terrorism.