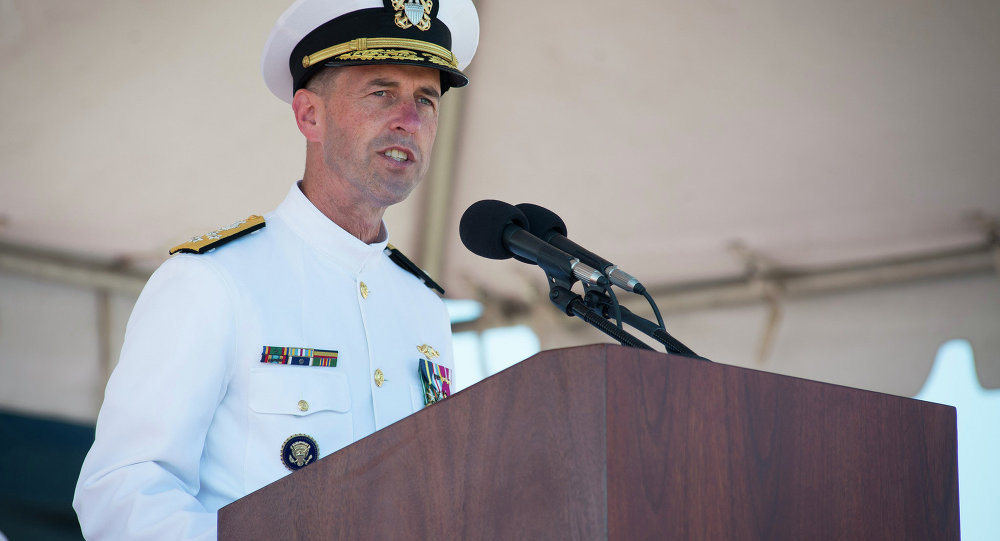 New York, May 16: US Navy Chief Admiral John Richardson said that his recent visit to India was a “critical opportunity” to strengthen ties between the two navies with their shared vision of an open Indo-Pacific region.

“Our mutual commitment and a shared vision for a free and open Indo-Pacific enables even more opportunities for the future,” a US Navy press release quoted him as saying after his visit ended on Tuesday.

“We took the opportunity during the visit to discuss specific steps that will set the stage for further cooperation between our two navies.

“This visit provided a critical opportunity to strengthen the partnership between the Indian Navy and the US Navy,” said Richardson.

He praised Lanba, who is retiring later this month, saying he has had “a very impactful term as Chief of the Indian Navy”.

“He has been a strong advocate for a closer partnership between our two navies, and we’ve made significant progress.

The US Navy said that Richardson also met the US Ambassador of India, Kenneth Juster to discuss how to further strengthen relations between the two countries and navies.