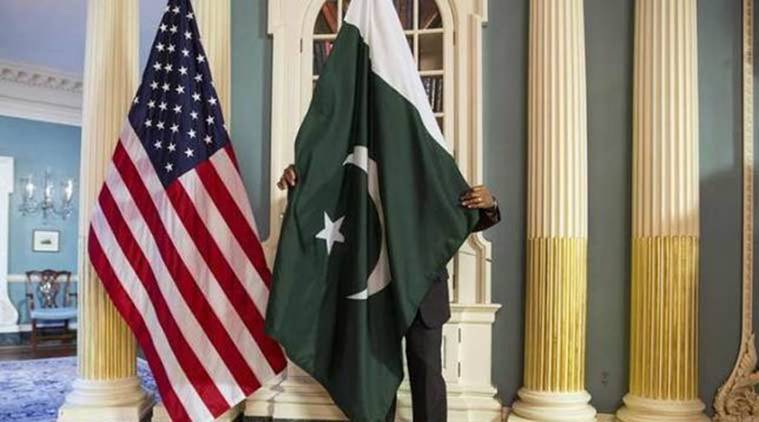 Top-level officials from the United States and Pakistan has on Monday held two meetings to promote business and economic ties between both sides and agreed to continue their cooperation for Afghanistan reconciliation and peace.

During one of the meeting, Dr Abdul Hafeez Shaikh, Prime Minister Imran Khan’s advisor on finance, informed the US principal deputy assistant secretary of state for South and Central Asian Affairs Ambassador Alice Wells-led delegation that Islamabad values its relationship with Washington and an environment is required to be created for both nations to move forward with common interest and benefits.

According to Dawn news reports, both side’s officials underlined the importance of strengthening the bilateral cooperation in several sectors such as energy, economy and trade.

Hafeez stated both sides shared their common concern over extremism and militancy. Both sides discussed Pakistan’s role in fighting terrorism and promoting regional and national peace and stability.

Envoy Wells lauded Islamabad’s effort for the regional peace, highlighted the need for cooperation in order to expand both nation’s economic relations. She appreciated the peace effort in Afghanistan for stability and to end the 17-year-long Afghan war and crisis.

Wells lauded PM Imran Khan’s vision for economic progress and pledged the US would support the policies aimed at settling economic stability in Pakistan.

This development was reached during a Pakistan-US delegation meeting at the Foreign Office (FO), where both the nations deliberated over efforts for the Afghan peace process, as well as, the state of bilateral cooperation.

Pakistan delegation was envoy Aftab Khokhar and US special representative for Afghan reconciliation Zalmay Khalilzad has led the American delegation.

In the statement, issued after the meeting, the FO said, “The two US officials are visiting Islamabad as part of regular consultations on the Afghan peace process, Pakistan-US bilateral relationship and regional security situation.”