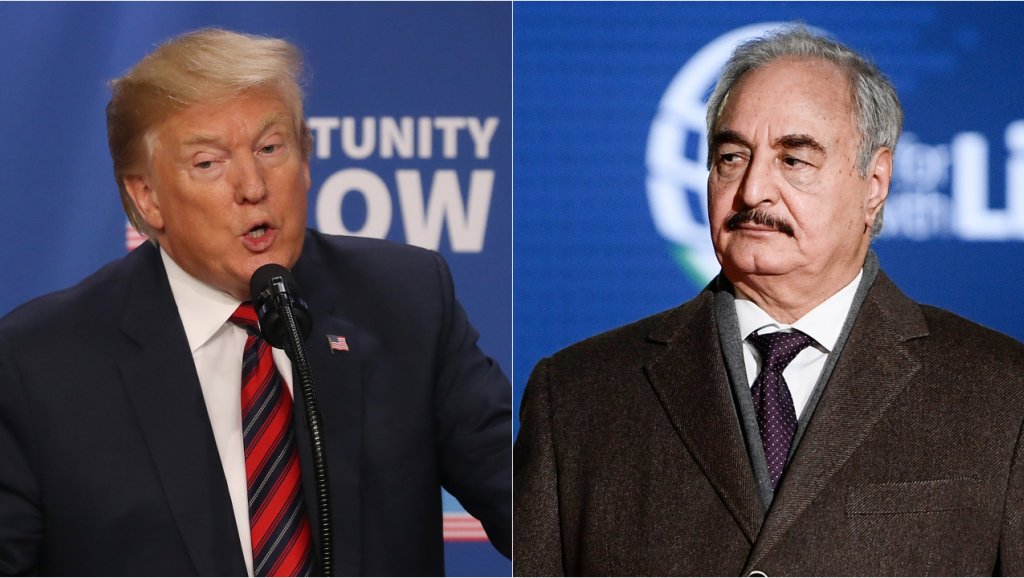 The White House has on Friday said US President Donald Trump has held a telephonic conversation with Libyan commander Khalifa Haftar on Monday, where both leaders discussed ongoing counterterrorism efforts.

Haftar is the leader of a military assault on Tripoli, the Libyan capital, in opposition to the internationally recognized Libyan government.

In an official statement, the White House said the United States has “recognized Field Marshal Haftar’s significant role in fighting terrorism and securing Libya’s oil resources, and the two discussed a shared vision for Libya’s transition to a stable, democratic political system”, according to ANI news reports.

Acting US defence secretary Patrick Shanahan has said a military solution is not what Libya needs. He said Washington supported Haftar’s role in counterterrorism and that the US needed Haftar’s “support in building democratic stability there in the region.”

More than 200 people have on Friday protested on central Martyrs’ Square in Tripoli against Haftar and his offensive.

Since the death of dictator Muammar Gaddafi, Libya has been divided into two sectors. The Libyan National Army (LNA) backed parliament controls the east of Libya, while the United Nations-backed interim GNA (Government of National Accord) holds control over the western region on Libya from Tripoli.

Russia and the US both stated on Thursday that they could not be able to support a resolution proposed by the United Nations security council (UNSC) to bring a ceasefire to Libya, as at this time, the Libyan capital, diplomats said.

Russia objected the UNSC draft resolution, blaming eastern Khalifa Haftar, a Libyan commander, for the recent attacks in Libya when the LNA (Libyan National Army), earlier this month, advanced to the outskirts of Tripoli, diplomats said.

Washington has provided no reasons for not supporting the draft resolution, which would call on nations, influenced over warring parties, to ensure unconditional humanitarian aid and compliances access in Libya, according to Reuters news reports.