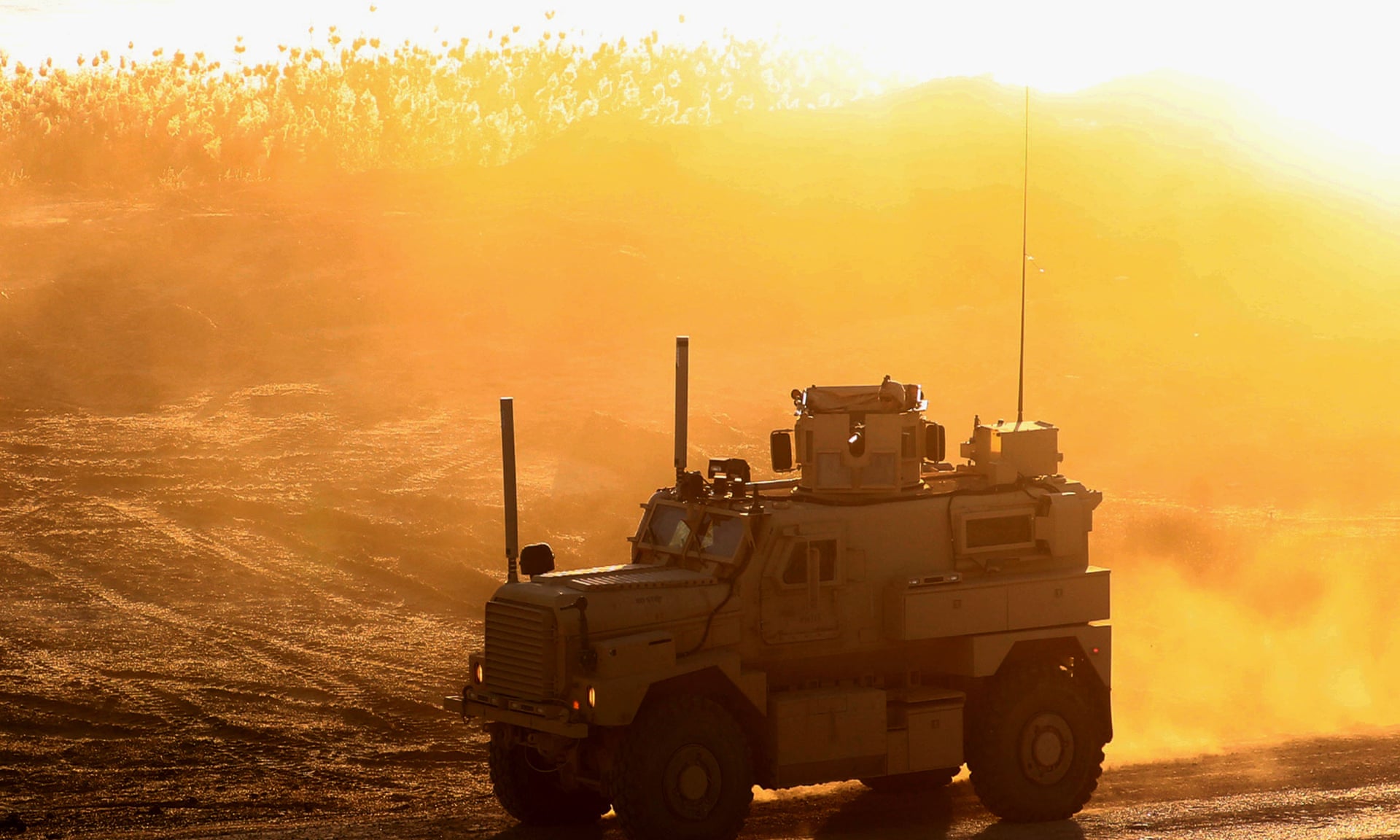 A convoy of four-armored Turkish military vehicles crossed the border from the southeastern Sanliurfa province and met with the American military’s convoy to join them for joint ground patrol, according to Anadolu Agency.

The joint US-Turkish armed forces are slated to conduct the ground patrol in Syrian suburb of Tal Abyad. For the first time, both sides jointly conducted the ground patrol on September 9 for the planned safe zone.

On August 8, a joint statement by the US embassy and the Turkish Ministry of Defense in Ankara said the different sides hailed to set up the Turkey-based activities center “as soon as possible” and the safe zone “would become a peace corridor”, without giving further subtleties.

On August 29, Turkish President Recep Tayyip Erdogan had declared Ankara would not permit the United States to postpone the implementation of the agreed “safe zone” in northeast Syria, insisting the agreement was the correct option to be upheld.

On the same day, a CNN report quoted Erdogan in its publishing as saying Turkey would not support delays in the procedure of plan implementation, as compared to an earlier plan with America to eliminate Kurdish YPG fighters from Manjib, the northern city of Syria, which Ankara had blamed Washington for delaying.

The US and Turkey have been at loggerheads over plans for the region, where the US-backed Kurdish YPG fighters, forming a main American force, are combating the Islamic State of Iraq and the Levant (ISIL and ISIS). Moreover, Ankara considers YPG organization a “terror” outfit.

Northeastern Syria is as of now under the control of the US-upheld Kurdish-drove Syrian Democratic Forces (SDF), to a great extent involving the People’s Protection Units (YPG).

Turkey considers the YPG to be an augmentation of the banned Kurdistan Workers’ Party (PKK), which propelled a furnished crusade against the state before 35 years.